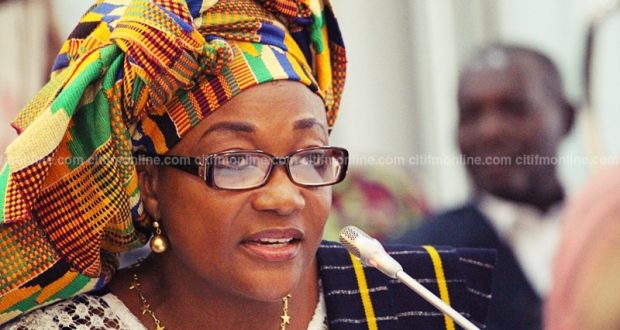 It was shocking to read portions of the speech you gave to the impressionable girls at the Krobo Girls Secondary School over the weekend. You took my breath away when I saw you on TV saying girls are responsible for their rape if they wear short clothes with a big smile: “In conclusion, I want to say to you, be bold, be confident, and be respectful. If you wear a short dress, it’s fashionable, but know that it can attract somebody who would want to rape or defile you. You must be responsible for the choices you make.” I cannot believe that Ghana’s Gender, Children, and Social Protection would say something so ignorant, something so sexist and abominable.

To begin, Madam? Your best advice to a bunch of growing girls already under pressure to minimize themselves was to suggest to them that clothes attract rape? You couldn’t just tell them to study hard and remain “confident, bold and respectful.” You couldn’t ask them to report lecherous teachers, relatives, and random men to school authorities. You had to go and give that faux sex education advice. Who was it at the Ministry told you that this was right counsel to offer girls growing up in an environment where men feel entitled to their bodies? How can you so shamelessly resort to victim-blaming when Ghanaian newspapers and websites continuously report the rape of women as old as 70 and children as young as two by vile men?

Minister, I want to assume, that was your unique uninformed way of telling women and girls to be safe because it is odd for Ghana’s Minister of Gender, Children and Social Protection to be on the same side as rapists and other evil men who hide behind that tired excuse to violate women. Rape according to the dictionary and the laws of the land is any form of sexual penetration that occurs without the consent of one party.

It is the violation of women and girls always borne out of entitlement to our bodies. Indeed, you can see that no correlation exists between the victim’s clothes and the actions of the rapist. Therefore, they lie, when they insist that women’s clothes move them to rape. Men are not goats incapable of self-control and respect for others that the mere sight of a woman’s skin renders then insane and rapey.

Madam, studies indicate that Ghanaian women between the ages of 10-18 years (the age group of the girls you spoke to) are most at risk of all forms of sexual violence. Data from the Gender Centre also indicates that 27 percent of Ghanaian women have been sexually assaulted in their lifetime. 1 in 3 women had been fondled or touched against their will and 2 in 10 women their first experience of sex was against their will. Not just that, 3 in 10 women are sometimes forced by their male partner to have sex, and the first experience of sexual intercourse of 2 in 10 women was by force. And many do not report these violations that leave them with lifelong trauma because of comments like yours.

Often victims are subjected to awful queries like “what were you doing in his room” and “what were you wearing,” suggesting that they’re somehow to blame for the actions of the rapist. Minister, your comment did precisely what rapists want, ignore their actions and place the burden of preventing rape on women. It serves no one than perpetuates the rape culture, allowing rapists to get away with their crimes.

It is evident from your response to Kennedy Agyapong’s sex for jobs attack the Electoral Commissioner, Charlotte Osei and other comments that you’re entirely out of step with evolving gender dynamics. Because the notion that women somehow contributes to rape no longer applies in polite society. Only a rapist is responsible for his actions. A Gender Minister who cares would know this. It’s not your fault; you didn’t appoint yourself. They were looking for a woman for the role, and I’m sure they thought their National Women’s Organiser would be fitting.

As things stand right now, you’re imperfect for the role. You have no technical knowledge of the area, and you have never been an advocate of gender rights. Consider your delayed response to the woman who was beaten, stripped naked and violated in Kumasi. I suspect you were working with the ‘what if she stole’ theory. We don’t live in a jungle, even if she stole, they built the courts and the prisons for crimes like. Consider again, your reckless comments about your colleagues’ supposed disability. Albinism isn’t a disability, and that was an appalling way to speak about disabilities in our society.
Madam, I have been rooting for you, praying for you to succeed, given the drama that came with your appointment. Nothing would please the Minority Members of the Appointments Committee more than to see you fail. And you will fail if you do not seek help with the sector. Like many of your colleagues, you’ll have to educate yourself, for as a dear Uncle of mine said when he heard your sexist remarks “power is not knowledge.” Find people who have specialized in gender and children’s rights to educate you. Just because you’re a woman doesn’t mean you know what is required to transform the lives of Ghanaian women. You need to unlearn your internalized sexism and misogyny, study the changing ways the world seeks to treat women and get with the plan.

I’m serious about this. Sit down, stop talking, and study. The University of Ghana has a fabulous place where you can go for help, the Centre for Gender Studies and Advocacy. Learn how you can help reduce rape using policy, enforcement of laws and other tools. If you do nothing at all, find someone who is aware of the times guides you in writing those speeches. And stop offending us, Ghanaian women each time speak.

Sincerely,
The woman with an agenda

9 thoughts on “Otiko: Educate yourself, unlearn your misogynistic ways”