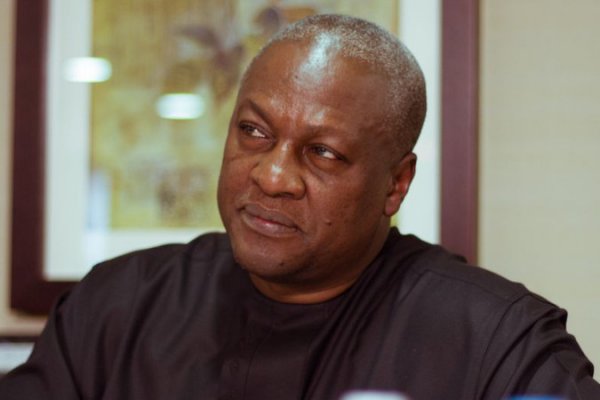 You never seem to be here for your birthdays. You were in Qatar last year. I read that you had left for the Commonwealth Heads of State meeting in Malta. Does that mean you didn’t have any kind of celebration? Or that has been deferred until you get back to Accra? Well, I hope you did something special to mark it. It’s not every day one turns 57 while running a country. I hope it was a good day.

I had sworn not to write to you till you did something worthy of praise. This morning I got tired of waiting. While wallowing in dumsor-induced misery, Ghanaians fortunate enough to have power informed us that a ceremony was being held to welcome the emergency power barge that was supposed to arrive in April 2015. There were prayers, a dance troupe, speeches and all the bells and whistles. Oh, and it was live on national television too.

I thought there was no way your government could shock me into tears and make me cringe with shame again after the Brazil debacle, but you and your people keep topping yourselves. It’s like you are on a mission to humiliate us for tolerating your government’s incompetence. Who holds a ceremony to welcome an incomplete solution? Who? What at all were they celebrating? The fact that the barge (which we didn’t make) finally arrived here after missing at least three deadlines?

Over 12,000 people lost their jobs in 2015, according to the Association of Ghana Industries. Hundreds of businesses have collapsed with thousands struggling due to this four-year power crisis. Why would anyone hold a ceremony to welcome a ship that has not been connected to the national grid, not to mention tested? Is a ceremony the wisest thing to do for a government that is broke and about to force its citizens to pay more for the power they don’t get?

To describe today’s ceremony as unbelievably silly, inappropriate and a complete and utter waste of time and money would be putting it mildly. This 250 MW power barge will not even bring the relief hyped by your team. The crisis intensified because the government is unable to fuel plants that require crude oil. Nigeria cut gas supply to generating plants because of our indebtedness. Isn’t it plain foolishness to then hold a ceremony when you do not have a solution?

But Mr. President, you and your people keep doing these excruciatingly embarrassing things. You do and say things that reflect badly on me and other right-thinking members of our society. This ceremony was one of those. So were your “opana” comments.

I know how you hate facing facts, but here is the thing. Ghanaians are struggling to get by despite the power crisis, the rising cost of living and a weak economy. We have no welfare system to fall on when an incompetent government destroys the economy with corruption and mismanagement like you have done. We risk our lives daily on deplorable roads travelling in unsafe vehicles to areas with no doctors or hospitals. There is no transportation system; the public education system is broken and we live like prisoners in our homes out fear of armed robbers.

We accept that our governments have consistently failed. Your administration Sir is the worst in a long time. But we are trying to get by in spite of the daily incompetence, so the last thing we need is a government that humiliates and torments us. You need to call your people to order. They need to stop embarrassing us with these terrible and misguided decisions and comments.

In my letter to you on your last birthday, I asked you to fix the power crisis once and for all so we could have a big party for this birthday. You have failed. Woefully. You’ve moved the deadlines from 2012 to 2013 to 2014 to 2015 and now it’s 2016. I can live with dumsor. I can live with the incompetence of your people. I can even live with your directive for only former presidents to call you out for your incompetence.

What I cannot bear is the constant embarrassment. Mr. President, I need you to really start acting your age and stop embarrassing me with these ill-thought and crazy decisions. You are one of the youngest(your people insist) well-travelled and allegedly savvy leaders on the continent, you’ve to do more than hideous policies and laughable decisions.  Things are changing. In Tanzania, the new president has banned unnecessary ceremonies. In our neighbourhood here, Buhari is diligently working to fix Nigeria.

If you are not going to fix Ghana, and it looks like you can’t, just don’t make our dear country the butt of very bad jokes.

A citizen mad as hell