Nyamewaa > Politics - Women > In praise of Otiko’s refusal to bend 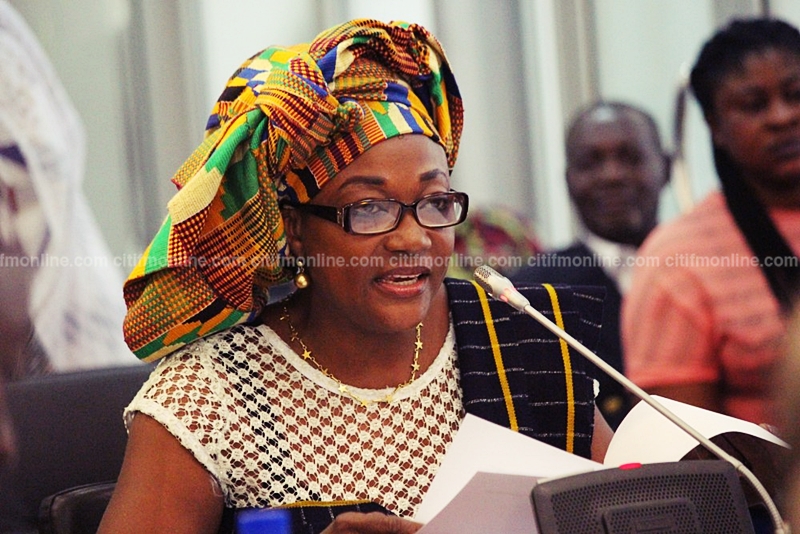 In praise of Otiko’s refusal to bend

I was not expecting to be impressed by the ministerial nominee for Gender, Children and Social Protection. I was still annoyed with her for refusing to condemn Kennedy Agyapong when he accused the Electoral Commissioner, Charlotte Osei of trading sex for her position. Sexist, misogynistic and distasteful comments, and the Women’s Organiser of the NPP, the top women’s advocate in the party, called for investigations instead of condemning him. There was nothing Otiko Afisa Djaba could say or do at the vetting committee that would impress me.

Often, women are coerced to backtrack on their beliefs, views and decisions through subtle bullying. It was refreshing to hear Otiko defend her comments. She did not yield even when the Minority leader, Haruna Iddrisu and Okudzeto Ablakwa joined Suhuyini in the attempt to extract an apology from her.

The three women who appeared before the Appointments Committee before Otiko were mellow and deferential in the face of subtle bullying and sexist commentary. When someone on the panel made cracks about the Attorney General, Gloria Akufo’s physique, she smiled and let it pass.

But try as hard as the three men did, Otiko Afisa Djaba would not apologise for her comments. Every inane question thrown her way was met with a response that said she would not brook bullies. When Okudzeto Ablakwa asked her how the airwaves could be rid of insults, she gave the perfect riposte: “We must expunge babies with sharp teeth from our system.”

I jumped with joy and clapped at her response. How dare Okudzeto Ablakwa ask such a question? As if we did not watch him actively campaign for the freedom of the three men who threatened judges with murder and rape. As if he was not among the group of young NDC members the founder of the party once described as ‘babies with sharp teeth’ for their vicious insolence on the radio.

Predictably the Minority wants Otiko’s nomination suspended. Their leader Haruna Iddrisu said the Minority was “uncomfortable with the nominee’s attitude and temperament. The Minority would like us to believe their angst about Otiko is fueled by their excellent morals, love for Ghana and respect for women.

They lie. They are driven by their sexist and misogynistic views of women. They’re hurt because Otiko refused to indulge them by even performing the faux-submissive moves to soothe their bruised egos. In which country is one’s relationship with their mother a sign of competence? But Haruna launched into a sermon about Otiko’s respectful mother in Tamale as though, she’s a five a year old still under the care of her mother. He does not even grant Otiko the agency over her decisions. And for this, and other sins, she shouldn’t be approved.

Wa Central MP, Rashid Pelpuo claims Otiko did not show humility or ‘motherliness’ as though being humble and maternal is a measure of one’s ability to implement sound policies. The Minority Chief Whip, Muntaka Mubarak compared her to the nominee for the Communications Ministry, Ursula Owusu Ekuful who was very friendly at her vetting.

But let’s face it, no MP in their right senses will cross Ursula Owusu with foolish questions. She has already established herself as a no-nonsense woman who knows how to fight. We’ve heard her eviscerate men, including the former president before. The reason the minority members were kind to her was that they’ve learnt not to poke the bear.

They lie when they say Otiko shouldn’t be approved because she insulted the former president and did not complete national service. That excuse would have worked if they had not led the house to accept Oti Bless who threatened judges with death and murder on the radio. He, too, had not completed national service when they championed his approval. Haruna and many men, perhaps some within the majority are hurt because Otiko looked them in the eye and challenged them. They know being warm, humble and maternal are not signs of competence. If they do, then why would a bunch of friendly, humble, paternal human beings preside over the mess that was SADA?

There are no written rules for women in politics, but every Ghanaian woman is taught from as early as age five that to avoid confrontation, one must defer to the man even if he is daft. Men are granted the agency to be seen and heard, but woe onto the opinionated woman whose opinions make men uncomfortable. Woe onto women in politics who refuse to be docile, women who insist on their right, women who refuse to bend over for men.

The sanctions are harsh for women like Otiko who refuse to subordinate their views and humanity for men’s comfort. It explains why Ghana’s 275-seater Parliament has only 35 women. The number of women in politics is low, will remain low if powerful men are allowed to subject women to sexist standards. Otiko must be applauded for standing up to these men and for showing one does not have to cower every time sexists gather.

11 thoughts on “In praise of Otiko’s refusal to bend”