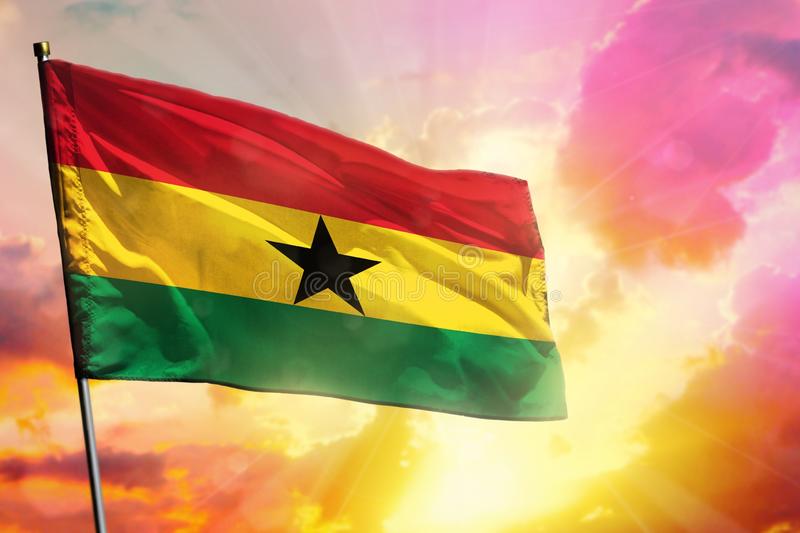 In Ghana no life matters — unless you are among the elite

Our daily encounters with the police are often filled with varying degrees of violence. Lucky people only part with money or a few hours of their day, but others have suffered physical assault, false imprisonment, and even death at the hands of police and soldiers. It wouldn’t be a stretch to say almost every Ghanaian has a police/soldier horror story or knows someone who has. So when the president announced that a joint police and military team would be enforcing the two-week lockdown,  jokes about the possible ‘beatings’ offenders would receive at the hands of the security team appeared online. Well-meaning Ghanaians online said things such as “if you do not want to be beaten, stay at home.”

It didn’t take too long for the jokes to become a reality. The internet was awash with videos of police and soldiers punishing unarmed citizens who supposedly breached lockdown rules in the first two weeks. The punishments ranged from the mildly humiliating to the downright violent. I saw a video of a driver being made to crawl on his knees in Accra, young men forced to do squats, a woman made to hop home in Kumasi, and a senior citizen weeping on camera after being lashed for going to the market. A man was shot and killed in Ashaiman.

Despite history and despite tons of examples online, both the government and the heads of the security agencies denied these violent occurrences. The commanding officer insisted that his men are professionals who do not brutalize people, as if these are not the same policemen and soldiers who terrorize us daily. The President claimed in two speeches that the videos are fake and warned against the sharing of such videos.

As expected, the Ministry of Information and the Police public relations team went to great lengths to highlight which of the circulating videos were old – as if their mere existence does not show the affinity of Ghanaian security personnel for violence and abuse of power. As if there is ever a justification for armed military and police assaulting unarmed citizens. The Information Ministry even went as far as making a video outlining the sanctions for circulating fake videos.

What stunned me were the Ghanaians online who defended the violent actions of the joint police-military team. There were people on social media saying those who do not want to be beaten by the security team should simply stay home, as if beating and violence is the accepted punishment for breaking the law.  People, mostly young men (the group often terrorized by the police at barriers and elsewhere), flocked to tweets criticizing police brutality to defend the violent tactics of the security personnel. “No one in my family has been beaten because we are all at home”, “Allow them to be beaten, we are too undisciplined,” said some of the replies to my tweets. Even some journalists who should know that police violence is a violation of human rights insinuated that violence may be the only way to keep the people in check.

Much of this support for police violence stems partly from the idea that “Ghanaians are a uniquely undisciplined bunch” and there is the pathology of stubbornness which can only be cured with beatings or fear of beatings, much like the way we say children should be beaten. The state is our parent and we are its stubborn children who must be punished. It was no use accurately predicting that people were bound to break lockdown rules because a considerable number of Ghanaians live in informal settlements without access to basic amenities such as water and toilet facilities and that for these people movement is a necessity – moving about for water, food, and for those who earn daily wages, money. There was no convincing them that it is never appropriate or legal for the police to enforce instant justice and punishment either.

In the wake of the killing of George Floyd, a Black man in plain sight by a White police officer in America last week, Ghanaians have joined the rest of the world to express anger over his killing and other racist murders in the US. It is heartening to see so many Ghanaians standing with Black Americans to demand justice and an end of racist policing. (We haven’t always stood with our communities, either on the continent or in the diaspora. There was barely a whimper from us when Zimbabwe, Togo, and Uganda were burning recently.) But this week, Ghanaians have made their voices heard on behalf of Black Americans. There have been calls on the president to say something, do something, anything about the horrible racism our Black compatriots face.

Perhaps it is the blatant racism that has shocked them into taking a stand with Black Americans. Whatever it is, I have been struck by the fact that some of those screaming for #JusticeforGeorgeFloyd were the same people performing all kinds of mental gymnastics to defend the violent tactics of the Ghana police during the lockdown.  I could not find any credible data on the number of Ghanaians killed by the police but I found this and this and this and this and this and this – proof that Ghanaian police personnel may not be racist but they can be just as violent.

Not much has changed on the part of law enforcement officers. They continue to act with impunity because of their extensive discretionary powers. Seldom do their extrajudicial killings and abuse of power trigger the sort of outrage we have seen across social media as a result of George Floyd’s murder in the US. When we do express outrage, as we did in the case of the woman who was assaulted in a banking hall by a policeman, the victim must be perfect. In that case, people were mostly horrified by the fact the policeman had assaulted a woman with a baby on her back. The framing in the media was “the grandmother who was assaulted by the police.” Similarly, the gruesome murder of Captain Mahama by local community members in Dunkwa Boase garnered national outrage and sympathy (and rightfully so) because he fit the “perfect victim profile”.

When videos emerge of police or military officers assaulting civilians, the response is usually jokes and laughter, often from the group that can circumvent this type of violence.  Which was exactly what unfolded online on Saturday after .  Police disrupted a vigil held in Accra for George Floyd by shooting into the crowd and arrested one of the organisers. Instead of outrage at the violence, people asked why the organizers did not ask for a permit. (They did.)

It brings into sharp relief how our social position shapes our police encounters, how histories of military rule and such influence this dynamic as well. So, to see all these people suddenly enraged by the police brutality in America is confusing because they fail to apply the same lens to police and military induced violence in Ghana.

Let me be clear, this is not to suggest that there is something wrong with mourning George Floyd. There isn’t. But it is critical to recognize the connection between the state-sanctioned violence and the dehumanization of Black people everywhere.  As Martin Luther King said, “injustice anywhere is a threat to justice everywhere.” We have to acknowledge that even in majority-Black countries, Black lives are not valued by the state, and police brutality is one of the manifestations of this.

For our newfound awakening and solidarity with our compatriots in America to be truly meaningful, we need to stop justifying all forms of police violence against citizens. We are going to have to take a page from the book of Black Americans and demand police reforms. Swoops, random stops and searches without warrants issued by a court and instant police punishment are all violations of human rights and a lazy form of policing. We should not only be enraged when the violence is meted out to people deemed worthy by their standing in society or those that are perceived as ‘perfect victims’.

If we mean it when we say Black lives matter everywhere, then we shouldn’t only hold racist police and white supremacy to account for the murder and dehumanization of Black people in the diaspora. We should hold our Ghanaian police and security forces to the same standard. After all, Black lives do matter.