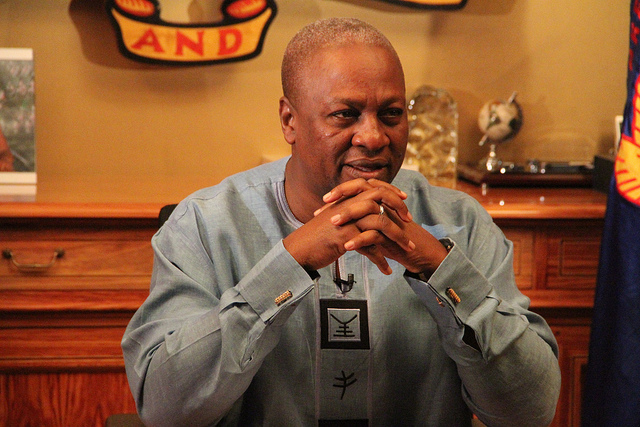 My name is Nana Ama, a citizen of Ghana and I’m writing to tell you I’ve had enough. I’ve had enough of your government’s poor decisions and the unbelievably stupid things some of your wayward representatives say. Seriously, you’ve got to do something about those decisions and comments; they reflect badly on me and make me appear dim-witted, which I’m not.

In the beginning, when your people blamed dwarfs and high rise buildings for the decline of the cedi, we laughed because it was hilarious and we thought mockery would help them see their ignorance.

Sadly, your people are numb to mockery so they just keep piling it on.  Last week, we were told by Richard Quashigah, an MP from your party, that our mobile phones were to blame for the current energy crisis. I’m no expert, but even I know our mobile phones are not the problem. As if the mobile phone nonsense wasn’t enough, one of your staffers explained that implementation of the Senchi Consensus has delayed because of P. V Obeng’s death.

These were followed by the Public Utilities Regulatory Commission (PURC) announcement that the power companies have been told to ensure constant power supply during the World Cup period.  A feat government plans to achieve by spending 30 million dollars to buy power from Ivory Coast and reducing electricity supply to VALCO.

I should applaud your team. They have outdone themselves; I never thought this level of stupidity was possible. This was the best they could come up with in an economy with a declining currency and a huge fiscal deficit?

We certainly love our football but our lives don’t depend on watching football alone. And watching football isn’t a priority for us. Most Ghanaians want constant electricity supply to run their businesses. We want basic infrastructure like roads, efficient transportation systems, enforcement of laws and cleaner spaces to work and play in.

I don’t know what you are seeking to achieve with this astonishingly reckless decision but it is making all 24 million of us appear brainless. The international news agencies you love to speak to are having a ball with this one.

Sir, I hope you do realise this looks bad on you too?  When they mention government, they are talking about you. And this is what they are really saying, “instead of fixing the economy, the Mahama government has decided to make it worse.” Ghanaians are not the only ones puzzled by your decision, the world is wondering what happened too. Your experts are making you seem unwise in the eyes of the world. Not nice. I don’t really care about what the world thinks but I need you to stop approving these poor decisions. We are not stupid and we don’t prefer football to a stable economy. And we don’t find your spokespersons funny any longer. Tell them to shut up. Just fix the economy and don’t create more problems.

A citizen still mad as hell

142 thoughts on “Government blundering making us all seem stupid”