Home > Women > Sex, sermons and submission: Why I left the church 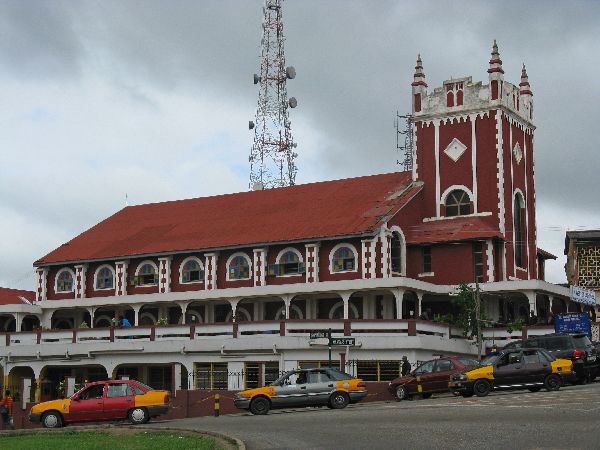 I quit the church for many, many reasons, one of them being the surge in the Prosperity Gospel movement – that movement that encourages people to look for Range Rovers and other material things in the air. The movement that makes many shout their prayers and – sadly – treat the poor with a contempt that really was not what Jesus was about.
Another reason I left was the blatant sexism. Women did all the work – emotional and physical labour – organizing meetings, cleaning, providing food and support; then men showed up to preach and lay hands as if only they had a direct line to God and the Angels.
I got tired of the sexist, misogynistic and harmful messages about women (and sometimes men), about poverty, and society. I could not bear to endure pastors saying absurd things like the “woman is the neck of the man, who is the head of the family”, passing it off as the word of God.

I often came close to raising my hand in church and asking the preacher to provide me proof from the Bible to back his sermon. Like when one preacher said, women were made from the ribs of men and were thus required to be submissive. Houses are built from bricks, but you don’t see anyone spending their nights sleeping under a brick. I wondered if the preacher always took the Bible literally or if he picked and chose when things were literal and others symbolic. I so badly wanted to jump up and say; “Sir, that is not what God or Paul or any of Apostles meant regarding submission.”  The Bible does not explicitly say all women must submit to all men.

There is no avoiding sexist, non-compassionate, God-awful sermons from all manner of people now referred as men of God (and of course, they are mostly men). At one friend’s wedding, the minister said to the bride: “Now that you’re married, you are the subject of your husband. It doesn’t matter what was said in Beijing, you’re his subject. Henceforth, he comes after God in your life. Your career comes after your family.” So, just because she got married, her dreams no longer matter and she is a subject: someone to be governed and told what to do? A grown woman must subordinate her career, dreams and desires so her husband, the head of the family, can rule, and – as though that was not enough – the preacher went on to tell her to never deny him sex, even if he offended her. And everybody clapped.

I quit church but I still identify as Christian, and the way these sermons are presented as the word of God makes me cringe with sadness. I mean what kind of God cares more about a woman’s ability to cook Jollof for her husband than her desire to thrive and live as a full human being and partner? I do not know why brides sit through such sermons. I no longer do. On the scant occasion that I must be subjected to one in the name of watching someone I care about to get married, I go with a good book, fiddle with my phone or attend for the reception.

Still, every so often, some particularly toxic statement made by a pastor always appears on one of my social media pages. When this happens, we usually suppress our concerns because of the (unbiblical) idea that (a) a man of God should not be questioned and (b) members of the congregation understand their pastor.
I didn’t go looking for that video of Bishop Dag Heward-Mills of Lighthouse Chapel confusing culture with scripture by comparing women with multiple sexual partners to a used product: “When you are a young unmarried lady who sleeps with a lot of people, you are like an apple that has been bitten by many men. In the end, the person who marries you ends up with a terrible-looking, well-used product.” Appalling dehumanization and slut-shaming from the pulpit.

It is the sort of sermon that should have drawn condemnation. Once again, the burden of purity is placed on women, as if they are not having sex with men but rather with robots. It takes two to tango. This logic endorses slut-shaming and allows society to hold women to a higher moral standard by policing our bodies and sexuality. What happens to men with multiple partners? Last week, Facebook told me that Bishop Agyin Asare of the Perez Dome had said that “men are born natural conquerors, and that is why a lot of the times, it is men who go to battle. If it were left to women alone, there would not be any war because women are peacemakers.”

First, LOL. Women are peacemakers? Based on what? Didn’t Yaa Asantewaa and an army of Dahomey women go to war and conquer lands on this continent? Isn’t the Bible full of rebellious and angry women who broke the rules to have their way? If it weren’t for Victorian England and its nonsensical respectability standards (which England exported to us but has since largely outgrown), modern Ghanaian women would show their outrage instead of enduring abuse. Agyin Asare’s sermon reinforces narrow definitions of masculinity and femininity; that men are not men unless they dominate another human being – preferably a woman (the ‘weaker’ vessel). It is based on such logic that men have sex for conquest.

Worst of all, he added that men cheat because their wives don’t sexually satisfy them enough. “There are times women don’t understand that a sexually satisfied man is usually a good provider. There are times women don’t understand that. I want to give it to you again that: ‘A sexually satisfied man/husband is usually a good provider’ because he will provide for his wife and try to please her out of appreciation, not out of obligation and what happens is that he becomes less tempted to lust after other women because his thoughts are always filled with her.”

It almost sounds like an excuse for cheating husbands. Your husbands (are tempted to) cheat because you don’t give them enough sex. Talk of victim-blaming. It has become the wife’s duty to prevent the husband from lusting after others. Have men no self-control? Must they outsource it? I can imagine some poor man using this excuse come judgment day, and receiving the shock of his after-life. What evidence shows that a sexually satiated man will not cheat on his wife? The men hitting on women and lying about their marriages are not all sexually starved, are they? And what about the sexually dissatisfied wife?

Last week, my dear friend Papa Kow Acquaye tagged me in a sermon in which the Nigerian founder of the Redeemed Christian Church, Pastor E. A. Adeboye told single men not to marry women who cannot cook. I’m still looking for where it says that in the Bible. These sermons are all so egregious; lacking in truth, in merit and in logic. The Bible has no standard duration for prayers. Nowhere is it stated that a wife must have the stamina to pray for at least one hour. The Bible does not state whose duty it is to cook and feed the family. It does not outline reasons why it is alright for men to marry unemployed women but abominable for women to marry an unemployed man. The Bible is also clear about marriage. God told Adam he was creating a partner for him; not a house-help, not a cleaner, not a prayer warrior. A partner.

The year is 2016. We now know women were not born to do house chores, and neither were men created to bear the financial burden alone. Anecdotal evidence shows that the focus on women who can cook and men who can provide has led to a culture of deceit within and outside the church, where clever people pretend just to get the ring. And divorce rates continue rising in the church.

Remember how Jesus chided Martha over her chores? It’s right there in Luke 10:40-42. Preachers must focus what Jesus – the author and finisher of our faith – did when he was on earth; his care for the poor, his message of salvation, his respect and love for all human beings. Women included.

Unfiltered - 'The What Were They Thinking Edition'

The danger in NDC's fake anger over Montie 3