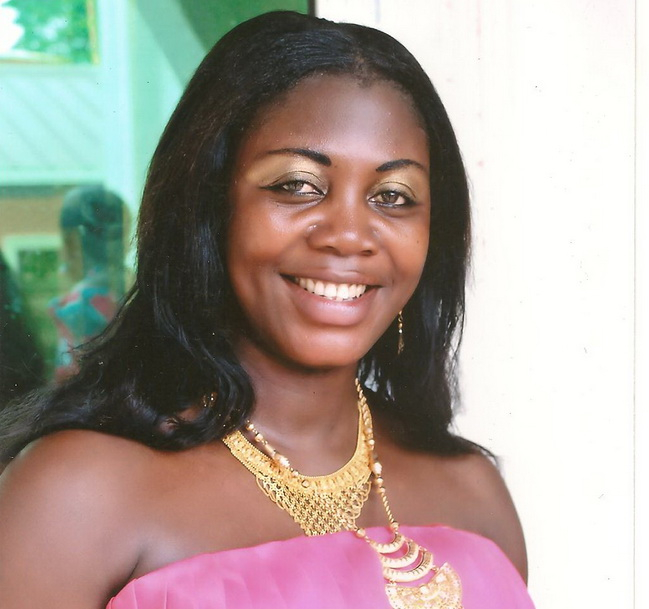 As a rule, I do not comment on the work of other journalists. I try not to criticize their views on life or national debates either. It’s a small community, and, we often are on one side, trying to hold the powerful accountable and keep citizens informed. We do so much with so little under challenging circumstances that it helps no one to fight over missed angles. But Manasseh Azure crossed a line on Monday that cannot be ignored. In a post on Facebook, he criticized the MP for Akwatia, Ama Sey’s inability to speak English. Azure holds some problematic views on life, women, and gay rights but this is beyond disappointing.

He wrote: “So how are you able to scrutinize bills and complex issues that come before the House of Parliament? This lame excuse should not be tolerated. Even night watchmen these days are required to have an educational qualification. Teachers, nurses, police and all other persons who serve the nation have educational qualification as a requirement. If you are to pass laws and approve loans and enter into agreements that have serious consequences for all of us, you should be educated enough to understand what you are doing.”

This despicable mixture of condescension, self-hatred and classist tripe was his response to Ama Sey’s comment that English isn’t her mother-tongue. What does he mean by “even night watchmen are required to have an educational qualification?” He had the nerve to suggest that the people of Akwatia made a mistake in electing Sey because she cannot speak (flawless?) English as if he does not know that a bunch of educated men ruined our country. What is lame and offensive is his suggestion that people must be “educated enough” to pass laws and approve loans and agreements. He makes it sound like MPs only review documents.

To be honest, long before Manasseh made this ignorant comment, long before Ama Sey arrived in Accra to take the parliamentary oath of office, her opponents from the National Democratic Congress (NDC) had already told us about her inability to speak English. They had expected this to count against her, but the people of Akwatia didn’t care. They elected her, and by a wide margin too. The bitter people she trounced are the ones that released the recording of her Independence Day speech for mockery on social media. They also wondered if she could work in parliament with her flawed English.

This is fueled by the belief that, some spaces should be reserved for educated Ghanaians alone. That, English is a marker of intelligence and people who cannot speak it or speak it without a middle-class accent have nothing to contribute to the governance process, even though they make meaningful contributions to the economy. It is the hard work of Ghanaian cocoa farmers that governments get foreign exchange for development. It is the uneducated women who make sure, food from the farm gets to the plates of people like Azure.

The reason I’m making an example of Manasseh Azure, a journalist beloved for his exposure of corruption and shady deals, is because very few people have seen how the educated and powerful in political spaces have failed and continue to fail Ghana as he has. He was the one who travelled to Burkina Faso to unravel the mystery behind a $600,000 wall and a $100,000 Ford Explorer vehicle. I suppose some would say, former President John Mahama is educated enough and speaks flawless English. I presume the better-educated people in the previous Parliament were in the room where deals like Ameri, Karpower and ENI power deals passed.

This is not to say; education is not essential to the work of an MP. It is. But people like Manasseh must realize that Parliament isn’t some exclusive club for the privileged and educated. Ghana still has schools under trees and communities without schools. There are families yet to have one person educated. I expected a more nuanced, thoughtful and inclusive perspective from a journalist of his calibre. Azure, who has written copiously about his upbringing should know that the ability to speak English does not make anyone in this land more deserving of access and power. He should know there are women and men like Ama Sey in the general population who deserve to be represented in Parliament.

The English language was one of the tools colonialists used to segregate and oppress our ancestors. We cannot, 60 years after independence be perpetuating that system of oppression that privileged the English language and an exclusive governance system. The voices of all our peoples, (the barely educated, those who do not speak English at all, and those who some imperfect version of it) must be heard to make our democracy healthy. The people of Akwatia chose someone they believe will represent their best interests in Accra. I’m stunned that our focus is on her imperfect English and not how to get Parliament to work with her specific needs to make sure she participates in the process in whatever language she is comfortable with.

A report by Odekro at the end of the seventh Parliament revealed that 19 MPs did not say a word in the four years they were in the house. Not a word. Not even, “ Mr Speaker…” Perhaps if we stop mocking people for the way they speak English, and demand space in Parliament for people to speak their local languages, maybe no MP will stay silent for four years.