Nyamewaa > Politics > Dear Nana Addo: Is this your best shot 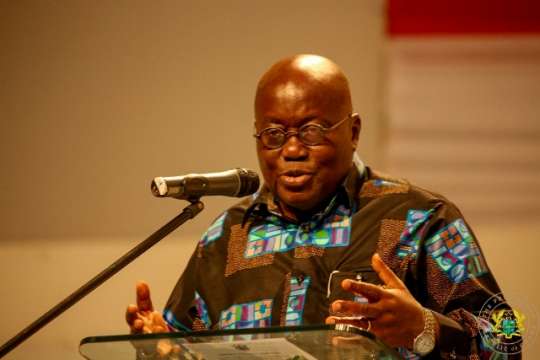 When you won the elections, my NDC friends warned me against believing that your presidency would be different. They said all politicians were the same while I argued that you’d be different because you’ve had years to reflect and plan for the presidency, and that there was no way you were going to squander the chance to write your name in the sands of time. They reiterated that other political scions had come to the presidency and wasted every opportunity to be great. I concluded, the doom-mongering was a consequence of their hurt at losing the election. For, I had heard you speak and deduced that you cared about Ghana enough to be different.

No election has meant more to me than the election you won. The economy was in ruins, corruption soared under your predecessor, and I just wanted Ghana to be saved from the NDC. I was willing to lose friends who opted out of voting because “politicians were the same.” No one I know was under the illusion that an NPP administration would arrive and change Ghana immediately. We were, however hopeful that the decisions and behaviour of your team members would be far superior to what was served by the NDC team. This faith isn’t based on the belief that no one wanted a repetition of the John Mahama level of and inanity.

I have tried to restrain myself from writing about some of the shockingly bad decisions you’ve made in the last six short months. Given the mess you inherited, I was going to wait a year before commenting on your performance. But I sense that like any other relationship, we need to set standards, call your attention to the things we dislike before your bad habits become entrenched. Every sensible person does this in their relationships, you let the new people know what you can tolerate and how much.

Let’s begin with the most recent decision to mortgage the nation’s bauxite reserves for cash. Haven’t we done this mortgaging of our natural resources thing before? What did we get from all the gold, manganese, diamond and even the oil? Did you see the gold mining towns during the campaign? Is there anything in those areas that suggest the destruction of our environment was worth it?

What other new ideas beyond good speeches and selling our natural resources did you, and your team come into this government with?  Since it is impossible to replicate the development models built on slavery, colonization and thievery, partnerships sound reasonable. But what exactly is unique about this Chinese deal? What are we getting this time around that says the people living in the area will benefit?

It is almost surreal watching you folks make comical decisions like the NDC never left. Take the Minister of Education, Matthew Poku Prempeh’s decision to make the young actor, Abraham Attah, Ambassador of your Free Senior High School program. Of all the things to do and fix in education, his first symbolic act was this pointless one. Ghanaian children do not need an ambassador to tell them to go to school.

They need books and teachers who know their stuff to stay in class. They need classrooms and laboratories for an all-round education. They need to know they can complete the education and live in dignity in the country. They just need a scholarship system that works such that the poor have access.

It is shocking that NAPO’s appointment and the other useless ambassadorial appointment made by the Ghana Ambulance Service haven’t been revoked. Did you laugh and ponder like my colleagues, what could have possessed these men to make such an idiotic decision? I’m so embarrassed for you, for these decisions that undermine your promise of change reflect badly on you. They also show that there is no grand plan for the change you promised. (I really hope I’m wrong about because if it is, we’re doomed.)

Take Dr, Mahamadu Bawumia’s announcement that your governments will transport and feed all Haji pilgrims during your term in office. I understand why the government of Ghana must be involved in Haji, Saudi Arabia deals with governments on the pilgrimage. But this involvement should be limited to managing the quota system and other Saudi requirements.

We know pilgrims pay over $3000 to make this trip. If someone manages to raise this much, why should the government concern itself with their accommodation, transportation and feeding before the journey? The State doesn’t do much for our Muslim compatriots, but this feeding, transportation and lodging are an egregious waste of money.

Despite calls from Ghanaian Christians, the Christian Council and other groups, the Minister for Chieftaincy and Religious Affairs, is also organizing a pilgrimage to Israel. Mr. Kofi Dzamesi insists the ministry is just the liaison, and that no government funds will be expended here. Whose time and money will the committee work on this unproductive venture be wasting?

Time and money issues aside, what really boggles the mind is why he is insistent on organizing this trip. And why you haven’t stopped this one too? Anyway, Sir, what exactly did you tell Mr Dzamesi when you offered him this position? What is he expected to do as Minister for Chieftaincy and Religious Affairs? Pay the allowances of chiefs and plan trips?  Do you see why some said some ministries were superfluous? A busy minister with real problems to solve won’t out there defending such a ridiculous plan.

Mr President, I’m not terrified that you will prove my NDC friends right now, I’m just nervous that you and your people will spend the entire four years making ad hoc and useless decisions. I hate to bring this up, but here is an example of your own ad hocism which has me shook. When Captain Mahama, a soldier, still in the employ of the Ghana Army was lynched and killed. You decided to give his family GHC500, 000.

Did you and your team stop to ask the military about benefits for men who die on duty? Lynching has been going on for years, in that week Captain Mahama died, three other people died. How do you plan to help their families? Or it doesn’t hurt as much because they’re not related to powerful people?

Sir, these may seem minor, but they are indicators that nothing has changed. Will, we ever see the signs, and hopefully, that change?

PS: When I was writing this, the messy BOST business hadn’t been brought to a forced conclusion. It looks horrible on you, you who said corruption has no place in your government. You need to fix it by reopening the investigation right away.

One thought on “Dear Nana Addo: Is this your best shot”