Nyamewaa > Society > Counselor Lutterodt’s views belong in the bin, not on radio 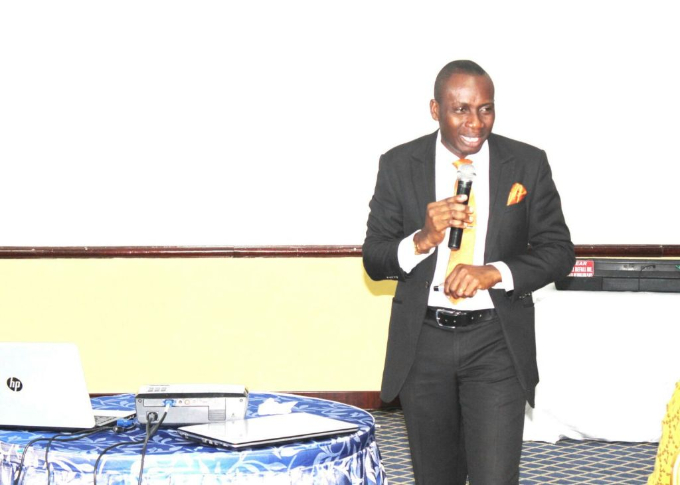 George Lutterodt popularly known as Counselor Lutterodt needs to crawl back into whichever hole he came out of.  We know, like many of his peers in the motivation industry, policing women’s choices under the guise of counselling is more profitable than most 12-hour day jobs. But unlike his peers, Lutterodt has not had the good sense to hide his misogyny, sexism and hatred for women. All he has said and done since his arrival has been to offend, insult and annoy women, sometimes men.

Women, of course,  are the most advised group of people on earth. As part of patriarchy’s grand plan to keep women under control, we are told how we should live, dress, love, find and keep men, work and play. That is why websites and magazines are full of nuggets like: “Real women cook and clean for their men, 15 ways to make a man fall in love with you and 10 things smart women know about men.” It’s everywhere – in America, men like Steve Harvey and Tyler Perry have built empires telling women how to live their lives.

It is no wonder that some motivational speakers in Ghana have turned to advising women. Many of them now have slots on radio and television dispensing what they deem to be useful advice for women. Radio pastors have been emphasising the man’s role as the “head family and the woman’s as the neck of the man.”  Journalists who specialise in corruption are writing articles with the thesis statement; “a woman’s dignity is her virginity.” Motivational speakers who used to merchandise unrealistic career advice have been organising forums and seminars to teach women how to snag and keep a man happy. Some of what is packaged as good counsel are often profoundly sexist, anti-poor and anti-black. But none of these speakers has resorted to blatant insults, shaming of poor men, single mothers and unmarried women, and slut shaming to make their point.

Enter George Lutterodt, a styled counsellor who seems incapable of empathy, introspection, acceptance and is inflexible, unethical, and tactless.  Someone like him should not even have access to the media to spout his misogynistic and hateful nonsense. But it seems the more he says the vilest, absurd, ignorant and harmful things, the more access he gets.  In shaming married women, he said this: “How can a beautiful woman walk from Monday to Friday, and no man walks to her and say hi? That woman should cry out to God, or if that person is not a Christian, she can consult a juju person because of a lady, men should be chasing you here and there.”

On weak men, he said:  “Never allow a poor man to marry you. A poor man’s marriage will kill you early. And when you die, you will go to hell.” He has attacked nearly all the women in the public sphere over their marital status and lifestyle. On Juliet Ibrahim’s decision to focus on her son and business, Lutterodt reportedly said: “I felt very sad that she wants people to stop putting pressure on her. I see that as one of the disappointments. The success of a woman is not owning a company and being the CEO. But rather making a family and making a man respected at the beautiful gate of the whole world…”

Every woman who dares to question or criticise his outrageous comments about them and other women are attacked. This piece will yield an ignorant attack on my person.

But enough is enough. Just because individual pastors have been given the space to speak to Ghanaian women doesn’t mean we must put up with Luterrodt’s insults packaged as advice. He does not have anything meaningful or life-enriching to add to the growing stock of nuggets. He must be stopped. The media should stop amplifying the foolishness and false sexist stereotypes he presents as good advice. Those giving him access to respectable media platforms must stop immediately. Giving him access to credible platforms to pontificate about the place of women in society further dehumanises a group already under stress – Ghanaian women.

Stop giving him the microphone. Stop interviewing him on the streets for laughs. He is not funny.  We, Ghanaian women already live through intolerable levels of sexism due to the structure of society. We do not need any ignorant, hateful, possibly-unemployed man with a narrow worldview to tell us how to live our lives. Both he and his views belong in the trash.

4 thoughts on “Counselor Lutterodt’s views belong in the bin, not on radio”