Nyamewaa > Politics > The whitewashing of Atta Mills will not wash 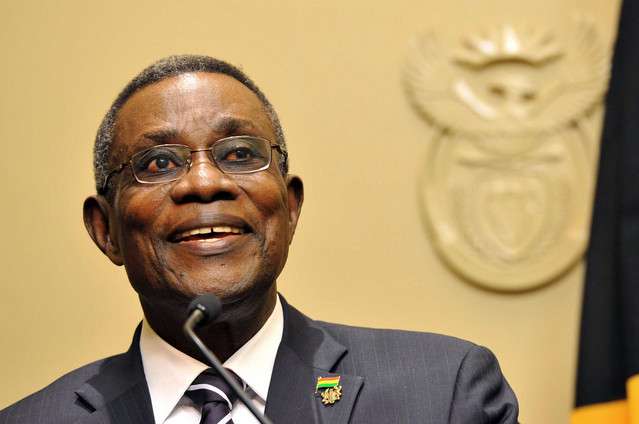 At a dinner months before the late President John Atta Mills was elected as President of Ghana in 2008, I told a group of Nigerian senators that I believed he might win, but it won’t be because he had a message. It would be because folks were tired of the New Patriotic Party(NPP). I voted for him. I thought long and hard about that choice because he didn’t really have any clear message or vision for Ghana. The NPP at the time had grown complacent and its officials too arrogant for my liking. Information Minister, Asamoah Boateng’s “go and eat konkonte” comment was enough – they needed to go and learn some humility.

When he won, my friend Ato Kwamena Dadzie joked that he might either be a perfect president or a terrible one based on his demeanor and lack of message. This was also before as Ato put it, the “tumbling and mumbling” at his inauguration. I had hoped the Mills administration would build on the excellent foundation the Kufuor administration left. The NPP government which had never been in government until 2000 introduced some great social interventions and policies aimed at lifting the majority of our people out of poverty. They had managed to wean the country off its dependence on the International Monetary Fund and other such agencies. In spite of the NPP’s many faults, the economy had boomed under it. Ghana could only blossom from that point.

That was not to be. The National Democratic Congress’s lack of message, policies, and vision started to show soon as they assumed office. Most projects begun under the Kufuor government were dumped and new ones introduced. One of such was the STX affordable housing deal which never made it beyond the news. The first scandal was the payment of 51 million cedis as judgment debt to one of the party’s financiers, Alfred Woyome.

Shockingly the late President admitted at a presser that he had asked his officials not to pay the money, but he had been ignored. This was followed by the GYEEDA scandals where millions were paid to companies owned by Roland Agambire and others for no work done. This and many more corrupt deals were made on Mills’ watch. By the time of his death, the economy was in decline, and the public debt was ballooning. Our present economic malaise started under Mills’ government.

His death was particularly sad. Ghana had never lost a sitting president in that manner. To complicate matters, we had no idea he had been very ill. We suspected it. But again, his communications team and his party aggressively denied all claims that he was unwell.

Personally, I found his death very sad because every death diminishes all of us. Sixty-eight was still very young for me, and a part of me felt sorry for writing a scathing piece about his check-ups abroad. Having only experienced him and his presidency from afar, I sensed he was a good man who may have been a good president had he had time. I was sad that history books would not have much to say about him besides the fact that he was a good man who didn’t live long to complete his term.

I was wrong. Atta Mills’ party, the NDC has been very busy working to ensure that history doesn’t remember what a disaster the Mills period was. Since his death, they actively invoke his Asomdwoehene mantra every chance to cover the party’s violent roots. They’ve named everything worthy and new after Atta Mills. There are schools, factories, streets and even an FPSO now. This year, they named a library in Cape Coast after him. He has more things named after him than the party’s founder who they credit with this democracy.

The language about him has also changed. Whenever they invoke him, they make him sound like Kwame Nkrumah, Ghana’s first president who together with others fought for Ghana’s independence and African unity. They make him look like a president who built things and moved the country ahead. Atta Mill’s image and history are presently being whitewashed. It seems like we’re being conned to accept the NDC’s version of events – Atta Mills, the calm, peaceful man who transformed Ghana.

President Mahama at the inauguration noted: “As president, he was Asomdwehene and father for all. A peace-loving man, he prioritized peace above all else because as he always rightly stated without peace, there can be no progress. He was our rock of Gibraltar, always calm even in the most adverse circumstances. He never responded when insults were cast at him. I believe I partly take from him, my stoicism in tolerating even the unkindest cuts from my opponents and detractors.”

It is forbidden to speak ill of the dead in our culture. It is, however, acceptable to talk about the truth about the dead. And here are some truths about our late president. The corruption and mismanagement of the economy started when he was in office. No one in his party was investigated or prosecuted for the Woyome or Isofoton mess. Some of those who oversaw that deal has gone on to occupy positions in the party and government while only two out of the group who profited from the mismanagement of GYEEDA are being prosecuted. When this happened, he was well enough to instruct as such. He was the one who handed a bunch of inexperienced young men political positions who together with the present administration have tanked the economy.

Party officials have consistently told us that, Mills would have done more had he not been sick. We will never know. He never told Ghanaians that he was unwell. At one point, he jogged at the airport to prove he was well when opposition claims about his supposed sickness were at fever pitch. There was no autopsy after his death, so I (and many Ghanaians) do not know whether his death was natural or from an ailment.

In any case, even if he was sick while in office and did not tell us, that’s not presidential or honest. I do however understand why he may have hidden the truth. I feel great sympathy for him. I can imagine how hard it must have been, trying to govern a country, fighting opposition accusations about his health status and merely trying to stay well and alive.
But being sick while in office and never disclosing it does not give his party and friends the right to change history. Sickness does not preclude any elected official from the fair assessment of their performance in office. John Evans Atta Mills may have been a good man to those who knew him very well. But good men don’t always make great leaders. John Evans Atta Mills was a good man but not a great president.

11 thoughts on “The whitewashing of Atta Mills will not wash”