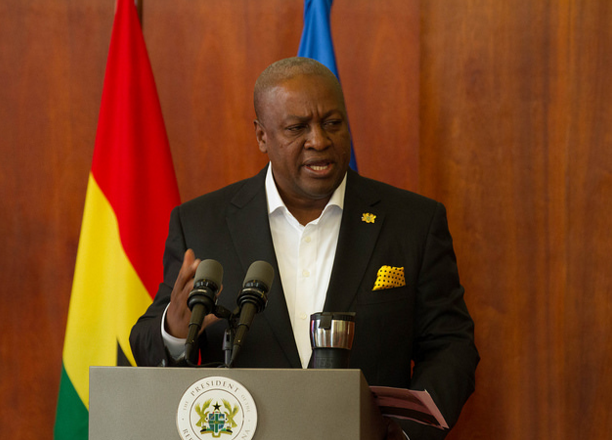 At the end of President John Dramani Mahama’s press conference on Tuesday, one thing was clear; our president is a smooth talker. There were 27 questions in two hours. The questions ranged from the heroics of the Cantonment taxi driver, the economy, corruption and gay rights. Most of his answers were short on facts and inconclusive in parts.

His answer to a question about the two former Guantanamo detainees set the plan to play on our emotions in motion. He denied taking money to host the two men and then launched into a sermon.

“… Where is our Christian passion or where is our faith-based compassion on people that after being detained for 14 years without trial, we can’t find it in our hearts to give these people at least a chance to restart their lives.”

How corny is that? Appealing for compassion instead of explaining why were these former detainees here and not the USA. Or why he failed to inform Ghanaians ahead of time. His answers followed the same format – that is to say, no question was thoroughly answered.

Here is his answer to Bernard’s Avle’s question about the new taxes.

But you look at the alternative, and the alternative is worse, and so you must make decisions that are in the national interest. The benefits might not be seen.”

See the common thread? If you do not delight in imposing taxes, why have you increased the tax component of petroleum products when the price is falling on the world market? He did not say anything Ghanaians didn’t know already. He came to promise, charm, convince and sway. That he did with ready and humour-laden answers for every question.

He promised the setting up of Citizen Complaint Centres. If there was ever a bad idea packaged as a good one, it is this. And this is from the man who together with his officials spent the past year accusing Ghanaians of complaining too much. Won’t we be eternally stuck in the “vortex of cynicism” he wants us to avoid if these centres become a reality? What has been done about all the things we complain about on social media and radio? He also promised Geriatric care for senior citizens. This would be great if it didn’t sound like an after-thought. Sadly there was no promise at the end of dumsor.

Let’s look at the questions.

The questions were a massive improvement on last year’s press conference. There were more incisive and well-thought-out questions. There were excellent questions on the economy, dumsor, the new taxes, public sector corruption and healthcare – all of which were answered with half-truths and half facts.

There were cringe-worthy questions too. A journalist paid to keep the government in check walked up and said: “the transformation agenda is working because I’m here speaking to you.” You get one chance to quiz the president on anything, and you say something this silly. There was another one on how he plans to win a second term since the NDC has already spent eight years in government. Thankfully there weren’t that many wrong questions.

Still, journalists are being criticized for not asking good enough questions. The one person who has been unfairly attacked for her question is Nana Aba Anamoah. Her questions were, “how do you reduce pressure on you to focus on the issues that matter” and “what keeps you up at night?”

Folks say these two questions are not intelligent enough. Maybe they just hate her because that question helps us gain insight into the president’s state of mind can be described as poor honestly beats me.

This was supposed to the presidential press conference. I expected to see the president, his communication’s team and maybe the Chief of Staff, not the entire cabinet. Didn’t they have anything to do? They just sat there applauding half-answers that made all of them look incompetent and ill-prepared for the times ahead. This thing where cabinet and the entire party hierarchy follows the president everywhere needs to end. The president isn’t an incompetent child who needs his minders round the clock. He could have done this without the crowd or the clapping.

In the end, it was a fun exercise where ministers idled for two hours watching the president give half-baked answers to necessary questions.