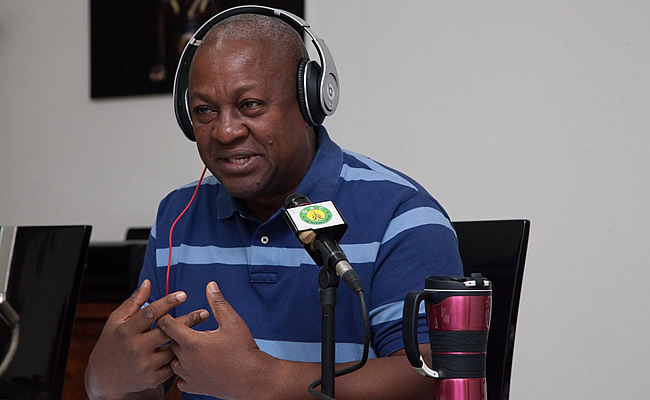 At exactly 11am on Tuesday, January 12, 2016, President John Dramani will host a presidential press conference. A terse statement issued by the presidency did not outline the issues the president plans to address at this presser.

But past events suggest he will ramble about his mega achievements ala that mantra, Changing lives, transforming Ghana and maybe whisper some challenges experienced in the past year.

This however, is one of those rare occasions, journalists get to ask the president questions on wide-ranging issues.

President Mahama rarely speaks to Ghanaian journalists. When he does, the questions are corny, sweet and patronizing. Not many journalists will get this “life time” opportunity to question the President. I’m definitely not on the list. But here are my questions, just in case an invited journalist wants to change the status quo.

1. Why did you agree to host two Yemeni terror suspects in Ghana? What does Ghana get in helping the US “right its wrongs?”

2. In 2015, Attorney General, Marrietta Brew Appiah Oppong told Ghanaians that you wanted her office to use “every lawful means” to retrieve the Woyome money, has she told you why it hasn’t been retrieved?

3. Given all that we now know about the GHC 3.6 million bus branding project, do you regret using your executive power to approve the contract? Did you or know somebody close to you who got a cut from this deal?

4. Speaking of cuts, how come your brother and people close to you seem to get all the juicy contracts? Eg: Ameri deal for your brother and the bus branding project for Selassie Ibrahim who is seen in several photographs with you?

5. Can you list five or name five completed projects undertaken with funds from the oil revenue that was not inflated?

6. How do you plan to ensure that the maintenance of the Ameri and Karpower plants don’t cost as much as the analysts say?

7. What exactly informed your government’s decision to introduce new taxes, some of which have been described as ‘anti-middle class, anti-business and anti-poor?’

8.Why are Ghanaians paying more for power tariffs when you still haven’t fixed dumsor like you promised?

9. It is said policies change lives, can you name one policy introduced and implemented by your government that will enhance lives years after you’ve left office? For example, your predecessor is remembered by policies like Metro Mass Transit service and the National Health Insurance Scheme, what can we remember you by? Just one.

10. Can you describe a moment you were moved to act swiftly after a scandal caused by one of your ministers? What did you do?

11. What keeps you awake at night?