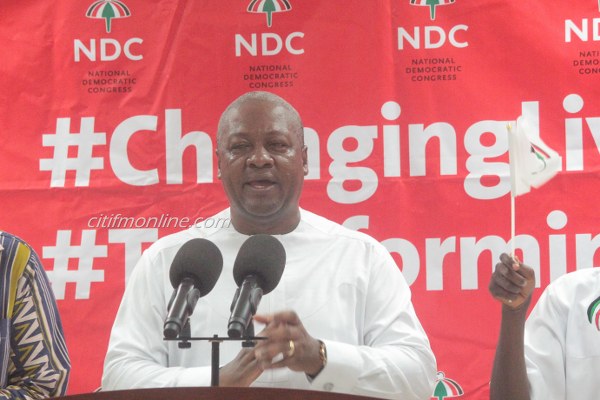 We made it.  2015 was the year that everything could go wrong, went wrong. Our economy tanked, cost of living soared, the public debt crossed the 70 percent dangerous threshold, corruption increased and the power crisis killed thousands of jobs and businesses.  But we plod on. We made it into 2016 with sheer grit and grace – a testament to our resilience.

President John Dramani Mahama has once again promised to do his best to ease our suffering in the year ahead. There, however, cannot be an easement if things are done the same way they were in 2015.  Here is a list of things that we can do to make 2016 great and our lives better.
1.Forget President Mahama was here – I’m kidding. I’m kidding. But oh what joy it would be if we leave President Mahama and his incompetents in 2016! We are just five days into 2016 and the president and his people are already fumbling. They got parliament to approve one percent withholding tax on interests earned on all investments. Now they’re backtracking after public outrage. He wasn’t impressive in 2015. Despite all the borrowing under his watch, the economy didn’t improve neither did our lives. I wish we could leave him in 2015 and forget he was ever here.This is an achievable goal in 2016 – we can get rid of him and all the incompetent, clueless and corrupt people he brought along. (This label is not for everyone but if the cap fits, feel free to wear it.)

2.The truth about Dumsor deadlines – It is clear the government cannot end dumsor immediately. They must tell us the truth about this crisis once and for all. Can it really end dumsor in 2016? Is the generation deficit the only problem or the lack of money to buy crude to power existing plants too? Would we get more days with power now that Karpower and AMERI are on? No one has time to play the game the former Power Minister, Dr. Kwabena Donkor, tried to play. We need to know the truth so we can plan.

4.Sole source contracts – This practice has to die. It was behind nearly every scandal that hit us in 2015. The dictionary defines the term “designating a company contracted, without competition, to be the sole supplier of a product or service.” The procurement laws allow sole sourcing in emergency and special circumstances. There is obviously no rational reason why officials in this government makes sole-sourcing the norm and not the exception it is supposed to be. The Smartty’s bus branding project is one of such. The company has no special skills and there was no emergency. In almost all the scandals, the contracts were not transparent and or the cost of the projects were excessively inflated. If the president is indeed serious about the fight against corruption, he should suspend sole-sourcing for now.

5.A reduction in corruption – Nearly every Ghanaian participates in the corruption (sometimes under duress). There is the one cedi for the Policeman on the highways and 100 cedis for the guy who knows someone at the passport office. Then there is the high level corruption where officials connive with investors to dupe the nation. Think Karpower, AMERI and Smarttys deals. According to the Finance Minister, Seth Terkper, Ghana loses about 30 million cedis to corruption every year. Ghana cannot progress and improve standards of living if citizens have to pay bribes for everything, even public goods. In 2016, the government must make small changes to reduce corruption.

6.Streamline passport application process – No citizen should have to wake up at dawn to queue for a passport picture, and then wait months to get it. Technology has changed the world and made everything easier. There is no reason why citizens cannot apply for passports using their phones. There is really no reason why passport offices cannot be cleaner, airier than and as efficient as some banks. The Minister needs to stop speaking English and fix the passport process.

7.Reduce the spate of government’s bad decisions – Which means wasteful ventures when hospitals across the country struggle to buy oxygen should not happen ever again. A government that claims to be changing lives and transforming Ghana must focus on providing a functioning healthcare and education system and not spend money on commissioning projects.

8.Secure prosecution of corrupt and negligent officials – The only person affiliated to the current government i can remember being prosecuted for misappropriation of funds is Abuga Pele. The government rarely takes offence at gross mismanagement of state resources. When it does, it offers some tepid statement and quickly reassigns the indicted person. President Mahama has been going on and on about how much he plans to fight corruption, we must make sure he does. Officials who misappropriate funds or cause financial loss to the state should be tried.

9.Reform the Judiciary – Much ado was made about Anas Aremeyaw Anas’ expose on the judiciary. Much was said about the flaws in the system – the flaws that open judges and court officials to corruption. What has not been discussed is the Chief Justice’s plan to reform the service to prevent the sale of justice and injustice. Not a word yet. Backlogs create room for bribery, rulings are rarely reviewed and judges are a law unto themselves, especially those outside the capital. Anas has given the Chief Justice an opportunity to reform the system and she shouldn’t squander it.

10.Push for an effective Parliament – Parliament on Monday January told the world that they want to revise the one percent withholding tax on interests earned on investment accounts after public backlash. May this be the sign of things to come in 2016. MPs made some questionable choices in 2015. The decision to import furniture from China and Italy to furnish the House and their offices at a time when the cedi was free-falling was one those. That and their tendency to approve everything the government put before the House, including the loans and contracts that were not in the interest of the state was a betrayal. MPs need to do what they promised, seek our interest above all else.

11.Elect worthy MPs – One of the best things we can do for ourselves as we head to election 2016 is to critically assess the men and women vying to represent us in Parliament. It matters more than anything because that’s where majority of ministers will come from and MPs are the ones who approve all loans and agreements. They are the ones supposed to keep the executive in check and ensure government deliver. Ameri and many of the power and loan agreements show that the current House has failed us. We should not be swayed by the small money.

12.Awaken the Minority in Parliament – This doesn’t need to be stated but the Minority were always wrong-footed last year. An example is their reaction to the Ameri scandal. They were in the House when the agreement was approved. In fact, the motion was seconded by their members. Then when news broke about the cost of the project, they issued a statement calling for investigations. Instead of acting like the ordinary guy on the streets and reacting to government’s decisions after they’ve been implemented, the Minority must raise hell over suspicious deals. They must provide alternatives to policies they disagree with and alert the public about suspicious loan agreement for approval.
13.NPP  finds its mojo –  They need to rediscover the reason for their existence. Just like the Minority in parliament the New Patriotic Party (NPP) has also been ineffective. The chaos and the internal wrangling that hit it in 2014 stayed and prevented them focusing and actively checking the government and providing alternatives when needed. It’s an election year, this is the year they’re needed most, I hope they seize the moment and police the government

14.Rid towns and cities of filth – There is no major town or city in the country that is not being swallowed by filth. While city authorities do a poor job managing waste, citizens do not help the situation with the constant littering and dumping of rubbish in open spaces. Cholera, a filth related disease killed over 200 people last year. It’s embarrassing that cholera which was eradicated in some places 50 years ago still kills people here. We have to do our part as citizens by forcing local assemblies to keep our country clean and by policing communal spaces.

15.Stop the dumping of liquid waste into the sea/river bodies – This needs no explanation. The act is backward and destructive.

16.Stop the public display of penises – It’s a career-ruining exercise. Ask something ‘Greid’. Don’t do it. This also goes for those of you who whip it anywhere to pee. It’s disgusting. No one wants to see it or wonder where your hands have been before a handshake.

17.Toxic sermons – This requires an entire blogpost. But for now, please even Jesus, the author and finisher of our faith was challenged and questioned by the disciples and ordinary folk. So please feel free to draw your pastors’ attention when he says things that are anti-women, anti-poor and anti-society.

18. End of the Media’s poor coverage of rape stories – Last year a woman was named as the victim of a rape and her picture and details were used in stories when she wasn’t. The real victim was named and hounded until she decided not to pursue justice any longer. That’s the format, victims of rape and defilement are named, and their location and other details are all used in news stories. This leads to victim-blaming and shaming. It prevents other victims from coming forward to seek justice. This must end. In 2016, victims must be treated with more respect and care. That aside, it’s time for a clear policy and law on the coverage of rape cases. (Someone call the Gender Minister, Nana Oye)

19.Get the Gender, Children and Social Protection Minister to do more than distribution of freebies – The minister needs to stop distributing gas cylinders, registering people for the NHIS and dining with prisoners for votes and focus on the real problems facing, women, men, children like a proper welfare system that works without the Minister traveling to Wa to register people herself. And honestly I miss Nana Oye the advocate, whatever happened to her?

20.Engage in issue-based debates – 2016 is an election year. It’s going to become noisy with accusations and counter accusations from the key players. It would be easier to bear the noise if the media, citizens and everyone forces politicians to stay on topic – Ghana.