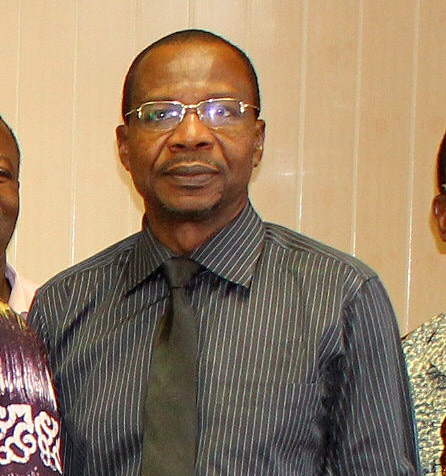 I do not know if it has always been this pitiful, but in the five short years that I have worked as an active journalist, I have had reason to state on several occasions how useless the leadership of the Ghana Journalists Association (GJA) is. Besides the annual awards ceremony they (shoddily) organize, they do nothing for the growth and development of journalists and journalism in Ghana. The most recent example of their ineffectiveness has been their response to the recent accident involving the presidential press corps, in which one reporter died.

The journalists had been on their way back to Accra from Ho, where they had covered the Evangelical Presbyterian (EP) Church convention attended by President Mahama. A Ghanaian Times journalist died at the scene. Several others were left seriously injured.

There were no statements of condemnation or righteous rage from the GJA when it emerged that the presidency rented the rickety vehicle for journalists on the morning of the trip and that no one had checked its conditions. They were mute when we learned that the driver of the Ford bus was speeding beyond the limit: something presidential correspondents say happens all the time (and something we can all attest to, having felt our vehicles shake as government convoys speed by).

The leadership did not say anything about the conditions under which journalists work at the presidency either. Apparently, on a typical day, journalists have no place to sit and wait because there is no conference room or space reserved for them at the presidency. When they show up for work, they stand outside until the president is ready to move or do something newsy. They do this every day: waiting at the mercy of the weather until the communications people decide to brief them. The same disregard happens when they travel in-country.

No one will admit this to me, but I hear that some endure this shabby treatment for a chance to travel abroad with the president. This need is a worrying one, as it gives officials at the presidency the chance to manipulate correspondents and stories.

The silence of correspondents is the sort of thing that should enrage the president of an association responsible for the rights and protection of journalists.

But when Mr. Monney eventually spoke, all he said was that “the Chief of Staff assured that it was purely an accident and the state of the vehicle could not be blamed neither the driver.”

When told that the reporter from GBC (where he works) stated the contrary, Mr. Monney said, “I am inclined to believe that he [Chief of Staff] was candid with what he said.”

Let that sink in for a moment.

A journalist has died a particularly painful death, and the people responsible for securing his rights say no one is to blame for the accident, only because the Chief of Staff – the man who protects the interests of the presidency – said so. Mr. Monney did not ask (as any journalist should) the real and hard questions the government needs to answer about the vehicle, the trip, or its treatment of the press corps. He did not even demand an investigation or call for changes in the way journalists work.

I hear he has apologized behind closed doors to the national executives of the association. But he should not merely be pardoned after an apology: Mr. Affail Monney should resign or be impeached.

The GJA has been disappointing under his watch. Ghanaian journalists remain overworked and underpaid, with many still depending on ‘soli’ and other corrupt means to get by. Our rights are constantly abused by officials and security agents. This all came to a head when a presidential staffer, Stan Dogbe seized a GBC journalist’s recorder and smashed it.

Consistent with their usual form, the leadership of the GJA did nothing.

The association still does not run any training programs for journalists. It has no rigorously enforced code of ethics. If we are not accepting this level of poor leadership from President Mahama, it will be hypocritical for Ghanaian journalists to condone this incompetence from Mr. Affail Monney and his team.

At some point, things must change.

When leaders fail the people whose interest they represent, they either leave office honorably or are forced out. If journalists want to be taken seriously, we must show the rest of the country that we believe in ACCOUNTABILITY. A starting point would be to remove Mr. Affail Monney and his failure of an executive team.