Nyamewaa > Politics > Nana Addo: Shape up or stay out 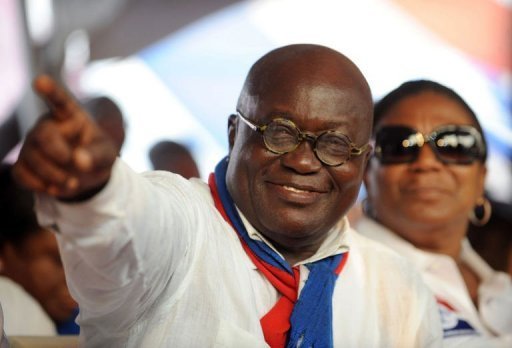 We need to talk!

It is Occupy Ghana (the small motley group of citizens) that has been doing the job of the opposition. It is this group that has been challenging the government, demanding accountability and providing alternatives to the governing NDC’s policies.

Despite the attacks and the governing elites’ vain attempts to constantly link Occupy Ghana to your party, this group of activist citizens have never wavered. They are using every means available to them to get the government to do right by Ghanaians. Your party, the NPP however, has been weak, silent and distant.

This is not an indictment on your person, sir. It’s an indictment of the entire leadership of the party. All is not well with Ghana. As you know the energy crisis has worsened.

Last week, Coca Cola laid off about 500 workers because of the power crisis and what the company described as harsh forex conditions. Many companies have collapsed over the same conditions. The Industrial and Commercial Workers Union (ICU) estimates that over 3000 jobs could be lost by the end of 2015 in their sector alone. Over 500 jobs have been lost already between January and March 16, 2015.

Dumsor is ruining our lives. Last week, my colleagues went to one of the respectable places to buy lunch. They returned to discover they had been sold rotten chicken. The Ghana Water Company has announced that due to the on-going load-shedding it will not be able to maintain its already irregular supply of water. People are not eating or sleeping well.

All of this is happening alongside a depreciating currency in a fragile economy presided over by a man who recently likened himself to a dead goat. The fiscal deficit has ballooned due to the government’s mismanagement and reckless borrowing and spending. If there was ever a time Ghanaians needed a forceful opposition party, it is now.

It is not going to happen. Asiedu Nketia will not hand you the presidency without a fight. He is nimble, clever, and he will have more money and resources at his disposal. You do not want to get into this battle with him with no plan.
Seriously!

I don’t even care about 2016. I care about right now. Things are exceptionally bad under President Mahama. He has nearly two more years left on his first term. He cannot be left alone with the International Monetary Fund (IMF), Seth Terpker and the others without proper supervision.

The NPP must sit up.

Sir, during the recent Wongbo demonstration, you walked with thousands of Ghanaians on the streets of Accra. You did not tell them about the plans an NPP government led by you will implement to ease the hardship. You did not make any proposals to the government. During the demonstration, Kennedy Agyepong, the NPP’s MP for Assin North said it was stupid for people to be asking your party for alternatives. Apparently the government won’t listen because they missed his suggestions in the media.

Another member of the NPP and a former Minister of Energy, Kofi Adda told Citi News that his best idea to solve the crisis was for the government to step aside.

“One of the most brilliant ideas is that the government should hand over… I am being serious. They ought to step aside and let more competent leaders take over the country. Let us be more serious for once.”

I hope both men don’t take this the wrong way, but their suggestions are crazy and laughable. We cannot hand the NPP power when we don’t know how they’ll resolve the crisis. What helps in a democracy is that when the government breaks down like it appears to have happened in the NDC’s case, there usually is an opposition party people can trust. Sir, as the leader of the biggest opposition party, you and your executives must fix this. If you do nothing at all, make the NPP, the party that terrifies the government.

Here is what you should do!

First and foremost, your party leadership needs to find what former Australian Prime Minister Julia Gilard calls the ‘strategic cool.’ The NPP needs to find the purpose for its existence again. You need to examine why you lost 2012 (the Supreme Court said you did) and what you must do to gain the trust of Ghanaians. You must share your plans and offer alternatives to government policies. How do you plan to tackle the energy crisis if you won the elections tomorrow?

I know they stole your free Senior High School (SHS) idea. It was a bad policy anyway. So let them keep it. You must tell them how you think they should tackle the energy crisis. Be, bi-partisan. Visit the various power generating plants, independently assess the extent of the problem and make proposals. Propose and let the NDC government even spurn it. You would’ve done your best.

Three, stop giving speeches. It is an established fact, that you are articulate and thoughtful. You do give the best speeches. I cannot remember a time you gave an incoherent, boring and uninspiring speech. Ever. You’ve got the speeches down. If they ever compile an anthology of great African speeches, I bet, yours will be right there with a number of Nkrumah’s and Nyereyere’s.

Speeches are great, but speeches alone, never won anyone an election in any African country. Stop speaking to the people in Accra. Hit the road. Meet the people outside the cities and tell them why they are still poor. Tell them what you will do to change their lives.

Ghanaians have had enough of the inadequate housing, overcrowded schools, broken healthcare systems, high unemployment and staggering levels of corruption in government. And it is beginning to show – the rage of the boys cleaning windscreens in traffic is a sign. I fear that while you people in the NPP idle and wait for the campaign season, President Mahama and his people will slide back into power.

I am writing on behalf of Ghanaians disappointed by the governing National Democratic Congress (NDC) and desperately looking for an alternative party – with a leader they can believe in. I’m sure I’m not the only one.

With a broken economy, rising cost of living and corruption, this is an election you can win without resorting to the Supreme Court. I hope you do not squander this magnificent opportunity.

2 thoughts on “Nana Addo: Shape up or stay out”