Nyamewaa > Politics > Best useless question ever: how much did you spend, Ayariga 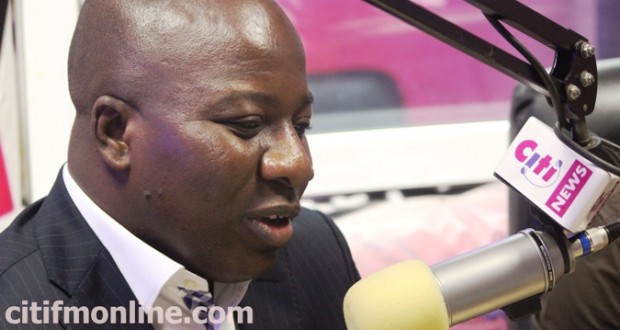 Let no one be fooled by Mahama Ayariga’s antics! There are many dumb and ignorant people in the Mahama administration. They resort to insults and personal attacks because that is the only level at which they can engage. Some of them have been struck by the severe case of that awful disease that afflicts politicians from time to time. The disease is caused by momentary loss of the sense of reasoning. This disease that makes people do and say stupid things is prevalent in Ghanaian politics.

It shows when intelligent people in government do and say things that leave us wondering if they had a fall and hit their head badly. It is this disease that has made Ghanaian politics seem like the place where previously known smart and intelligent men and women go to become stupid.

Exhibit A: Stephen Asamoah Boateng’s konkonte response to Ghanaians complaining about the rising cost of living. Some may recall that arrogant answer was packaged and sold as one of the many sins of the last NPP government during the campaign for the 2008 elections.
Exhibit B: The decision to airlift over four million dollars to Brazil.

Many Ghanaians have been attributing Mr. Ayariga’s recent outburst to a severe case of this same disease for which there are more examples than the two provided here – stupidity.

First, he revealed that the President was unaware that the Ghana National Petroleum Corporation (GNPC) had planned to pay the Black Stars $25, 000 for placing second in the 2015 AFCON. According to the good minister, he alerted the president by slipping him a paper when the team came by for breakfast.

GNPC is a state agency. It cannot take decisions without alerting the Minister for Energy who must subsequently inform the president about their generous plan. Ayariga’s revelations made the president appear clueless and GNPC management and board incompetent.
Not long after making these claims, Mr. Ayariga went on Accra based Adom FM to tell journalists demanding to know how much the nation spent on the just ended AFCON to stop asking him “useless questions.”

“You are using valuable time to discuss useless matters, please. I think that this is very regrettable and it will dampen the spirit of the boys who were trying to kill themselves only to come back and even the food that they ate, they will hear on the radio that their minister is [answering questions] about the food that they ate,” Mr. Ayariga said. “It’s sad. If I decide to grant you an interview as a minister, I expect you to ask me useful questions… you want to take over the job of the Auditor General? Are you the Auditor General?”

If this were said by any other minister, I’d believe that cursed disease had struck him. This is Mahama Ayariga. He is no Asiedu Nketiah or Sir John. He is highly educated, a bit exposed and generally calm under pressure. He is not known to attack journalists or opponents even when pushed. This is the guy who reportedly forced his opponent kicked out of Parliament by using cattle rustler. He’s denied this, but most of us don’t believe him. Ayariga is no fool.

He is not attacking journalists and the media because he is much offended by their demands for the budget for the just-ended African Cup of Nations (AFCON). The insults are just a strategy to prevent the media from asking questions and insisting on the publication of the budget.

By antagonizing the media, Ayariga knows we (journalists) will get stuck on his insults and stop demanding the budget. A careful look at the documents presented to Parliament will show that Mr. Ayariga did not want to commit himself to any figure or admit that he had spent over 8 million dollars.

He revealed that “out of the amount, $932,740 and $3,242,580.00 were approved for boarding and lodging, airfare, per diem, friendly matches, and other expenses of the team for its training camp in Seville, Spain. $648,640 was approved for per diem allowances, boarding and lodging and other expenses for the players and the officials of for the tournament.”

In an interview on Citi FM on Saturday, Ayariga said he would not apologize for attacking the media neither would he disclose how much was spent on the AFCON because: “When you have a media that has chosen that they will not inform, that have decided that they will never spend their time discussing progress, achievements and positive things, they will not use the platform to raise the hopes and aspirations of people when people achieve, they will not spend time to acknowledge the achievements and encourage others to die for their country.”

Clever man. He is trying to outsmart the media using all sorts of tricks including guilt tripping. The thing is I’m not buying any of his excuses. Yes, journalists do ask foolish questions all the time – we really should prep and do better, but these questions about the AFCON budget are not ‘useless.’ They are standard questions asked all Ministers of Sports in all democracies around the world. It is absurd to ask the media to inform and educate and then refuse to provide the information needed. Ayariga is attacking the media because he knows if we keep digging, we will find a scandal that will outsize the Brazil mess.

We shouldn’t cave. We shouldn’t allow his obvious nonsense about raising the hopes of Ghanaians to stop us from pursuing the truth. If he wants Ghanaians encouraged, he can hire motivation speakers and buy airtime for them. If we learned nothing from the revelations at the Dzamefe Commission, we know that team has become a channel for many poor decisions and corrupt deals. It must stop. Ending the corruption and wastage begins with insisting on the publication of the AFCON budget and the Commission’s report.

One thought on “Best useless question ever: how much did you spend, Ayariga”