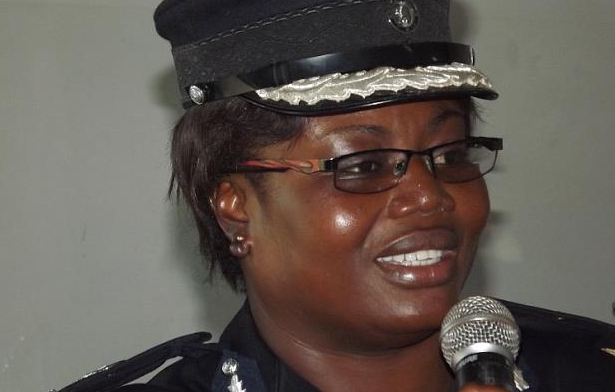 On April 2, 2019,  under no pressure, the head of the Criminal Investigations Department of the Ghana Police Service, COP Maame Yaa Tiwaa Addo-Danquah told the media her team had located where the three kidnapped Takoradi girls are and that they were safe. The announcement triggered questions: why were we told when the girls were still being held? Why couldn’t she wait to rescue the girls before telling the entire nation? There were so many questions but  COP Tiwaa-Addo Danquah sounded super sure when she said: “Together with the BNI [Bureau of National Investigations], we have worked very well and, currently, we know where the girls are. I am unable to give the details because we don’t want to compromise their safety.”

She sounded so sure that when the Daily Guide reported that the girls had been found, they were believed. The first sign of trouble came via the  Police statement debunking a Daily Guide newspaper story. The statement said the story was false and that the police were still looking for the girls. Daily Guide has not offered any explanation for erroneous reporting, but knowing how newsrooms work, it’s possible someone in the Police leaked that story to them. It’s also possible the person wasn’t a lowly CID officer.  As if the Daily Guide’s story wasn’t irresponsible and traumatic enough, on Saturday, May 12, 2019, COP Tiwaa went on radio to say she was misunderstood.

She claimed:  “I made those comments because I wanted to assure people that we were working hard and we had made progress. But people misunderstood me. However, I cannot give any timelines saying we will find them today or tomorrow.” After one month, one within which the Police issued a series of the statement claiming they were “working tirelessly to rescue the girls.” What an unbearably cruel and irresponsible thing to do. Even if we are to believe her cock-and-bull story, why did it take her a month to clear up the confusion? And how insulting of her to suggest that she was misunderstood when she clearly stated that she knew where the girls were at that press conference. The girls have been missing for more than five months. The last thing their relatives needed was for the head of the CID to give them false hopes. There was absolutely no need for COP Tiwaa Addo-Danquah to hold a press conference if all she wanted to do was to reassure the families. Even those whose knowledge of policing comes from films know it is irresponsible to give reassurances without any evidence.

Kidnappings are complex cases, particularly cases where no one is asking for a ransom that could give the police a clue. Since the suspected kidnapper, Samuel Udoetuk Wills, has refused to cooperate, the Police are groping in the dark. It’s still no excuse for the head of Ghana’s topmost criminal investigations department to resort to such juvenile tactics and lies to distract the public from a horrible story.  That she is still at post after such a major faux pas beggars belief. Not only has she walked away from her original claim, but she also admitted to deceiving the public. How we are ever to take anything COP Addo-Danquah ever says seriously?

COP Tiwaa Addo-Danquah’s handling of this case is a manifestation of the appalling policing culture, lack of accountability and the widespread incompetence within the service. That is why instead of demanding evidence for her claims, the Inspector General of Police (IGP) David Asante-Apeatu recommended her promotion to the rank of COP.   We know promotions within the Police Service aren’t necessarily based on exceptional performance, but the timing of her promotion was ridiculous.

It is still shocking that the IGP, whose go-to disciplinary tactic is reshuffling top officials, hasn’t winced about this careless move by a high-ranking officer. Equally concerning is the non-reaction from the government and the security apparatus. A serious IGP would be alarmed by COP Addo-Danqauh’s because it undermines public trust, which is already at a low. A government interested in the sanctity of investigations and police-public relations would’ve acted by now. If the CID chief lied about something like this or made up a story, what else has she lied about, right? Unless the reports suggesting that COP Addo-Danquah draws her power directly from President Akufo-Addo and therefore cannot be controlled or reassigned by the IGP are true. In fact, her swift promotions within two years make sense in the light of these claims about her alleged powerful connections. Even if the IGP cared enough to be alarmed by COP Addo-Danquah’s lies, how can he sanction a favourite of the president and the national security minister? Had anyone else done this, the least would have been a transfer to a police service ‘Siberia’ but from the looks of things, COP Addo-Danquah might get a pass.  One has to be immensely connected to be walking around Accra and making a play for the position of IGP after admitting to lying to the public.

But enough is enough. This cannot be treated as business as usual. Tiwaa Addo-Danquah has damaged public trust in the police, which was already at a low, and retraumatized the families of the Takoradi girls.  For many, her admission explains why petty crimes and high profile cases including the murder of a sitting Member of Parliament remain unsolved. She has to go. In fact, if there was ever a time to sack half the people at the top and radically transform the Ghana Police Service, this is it. To be honest, the time was when some policemen shot and killed seven men from the Asawase. The time was when 77 parcels disappeared from the national police headquarters on the watch of a chain of powerful men.

Yet, in his first comment on the subject, resident Akufo-Addo did not offer much except to say he was determined to eliminate the phenomenon from Ghana.  He didn’t state how he intended to show his determination but at a meeting with the Clergy on Friday, the president reportedly said government intends to set up a security agency to focus on domestic intelligence gathering on crimes, criminal syndicates and potential troublemakers. “If you have an organisation that can penetrate crime groups, it strengthens the hand of the state in dealing with them,” he noted.

This would be laughable if it wasn’t alarming that the president’s solution to the general sense of insecurity is another institution. We do not lack crime-fighting state agencies. The problem is that none of the existing agencies has the capacity to do their jobs required to keep Ghana and Ghanaians safe. Just like the Police, the others – the Bureau of National Investigation (BNI) the Economic Crimes and Organised Crimes Office (EOCO) and Office of National Security are under-resourced. Not just that, officials of the security agencies, particularly the Police have been described in many studies as corrupt, violent and trigger-happy.

And as shown by the Short Commission hearings, recruitment into security agencies have been politicized thus, personnel lack the skills, knowledge and competence to deliver.  It should be perfectly possible for the police to do all the things the president wants the new agency to do with some money and competent, accountable leadership. If the president is as determined as he claims, he could start by replacing the partisan hacks deficient in modern policing methods in top positions.

Personnel of the Ghana Police Service are known more for their enormous appetite for violence and corrupt ways than for their investigative skills. Endless stories abound across Ghana about deploying violence to intimidate, harass and terrorise citizens. If a ‘little’ violence could solve kidnappings, it would have been over the minute it was announced. Apart from making arrests,  personnel of the Ghana Police Service lack the capacity to do actual police work. Officers do not only lack the necessary skills, but the institution also lacks the resources for personnel to be effective.

For instance, investigations into robberies rarely end with the retrieval of stolen items and the prosecution of the robbers.  This is a police force with police stations without computers where officers depend on victims of crime to supply them with evidence. And for so long, they have used press conferences to paper over systemic failures and challenges. Governments have often responded to public demand for better policing by buying some cars and weapons for the police. But behaviours like COP Addo-Danquah’s cannot be fixed with more cars and weapons. It will take multi-layered reforms to get the police to prioritize civilian lives and proper investigations.