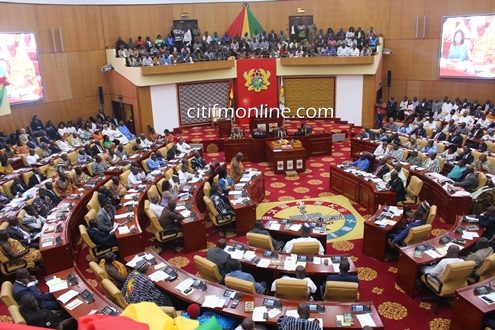 No one is genuinely shocked by the MP for Bawku Central, Mahama Ayariga’s bribery allegations. We have long suspected MPs of bribery since the former MP for Asikuma-Odoben-Brakwa, PC Appiah Ofori revealed that the Vodafone deal was only approved after the executive paid MPs off. Our suspicions were confirmed when the former Majority leader, Alban Bagbin said at a forum: “The reality is that MPs are Ghanaians and there is evidence that some MPs take bribes and come to the floor and try to articulate the views of their sponsors.”

Recently, former Deputy Attorney General, Martin Amidu reminded us of this corruption when he revealed that two of his colleagues in the Mills government had paid bribes to get their nominations approved. We have known that this practice endures for so long that one cannot claim surprise at Ayariga’s revelations.

What is intriguing is the split in the Minority over Ayariga’s allegation. Usually, Parliament bands together when these accusations come up, but this time, the Minority is split.  Mahama Ayariga claims, the Minority Chief Whip, Muntaka Mubarak brought the minority team GHC3000 each, which they accepted thinking it was their sitting allowance. He claims they returned the money when they later learned the money had been given to Muntaka by the chairman of the Vetting Committee, Joe Osei Owusu to persuade the Minority to approve the nomination of Boakye Agyarko. Mubarak Muntaka has vehemently denied this. The Minority leader, the head of the pack, Haruna Iddrisu has strangely been silent, only stating that he will support an investigation.

Some have suggested that the split between the Minority team on the panel may be part of the NDC’s internal leadership squabble. It could be true. It could be that Ayariga and the others want to teach their leaders a lesson. It could also be what we term ‘adidigyagya’ – someone in leadership may have taken more than he should have. Whatever it is, for the first time, this group of people who once united to free the ‘Montie Three’ are now split, openly contradicting themselves over money. It presents the state agencies mandated to check corruption a fantastic opportunity to finally investigate these claims and clear our doubts.

This cannot be left to Parliament to investigate as Chairperson of the Commission for Human Rights, and Administrative Justice wants. Parliament’s integrity is on the line, they will hide evidence if they can keep referring to themselves as honourable. MPs wasted previous chances to investigate similar issues and so they cannot be trusted to conduct thorough investigations and expose their own.

In interviews both Muntaka and Ayariga said: “we met and agreed not to take money from anyone for this vetting.” This comment is an admission that MPs take bribes for their jobs. It suggests rent-seeking, conflicts of interest, cash for access and that is the real scandal at the heart of this Ayariga debacle. I imagine all manner of sinners – foreign groups, criminals and other corrupt people queuing to grease the palms of MPs for deals, protection, access and resources. The idea that Ghanaian MPs get paid for all manner of transactions and in cash is frightening and terrible. The possibilities for MPs to sell the country, undermine our laws and democracy for their selfish gain are endless.

It cannot continue. It cannot be left alone to Parliament, the Parliament has consistently put its interests above the nation to investigate this and root out the insidious corruption. An independent body should investigate this for we cannot take Mr Ayariga’s words as the truth without evidence. Neither can we believe Mubarak Muntaka because he swore by the Quran? People found to have told great lies swore on all kinds of sacred objects.

If we’re going to build strong and independent systems where all are equal before the law as President Nana Addo promised, here is his first task: restore Parliament’s integrity by forcing the Police and CHRAJ to do their work.

3 thoughts on “Parliament cannot be trusted to probe bribery scandal”