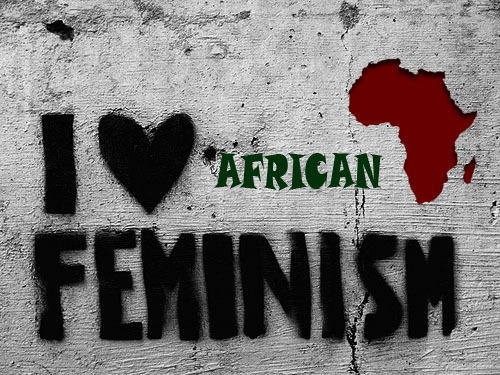 The short story, I am a feminist. I identify as a jungle feminist (also short for angry, no-nonsense and no patience to coddle ignorant critics). The writer, Ama Ata Aidoo defines a feminist as somebody who always “believes in the potential of women to get to the highest possible level of development.”

My parents unwittingly raised me as a feminist even before I discovered the word. My dad’s quest to raise independent-minded daughters who would survive with or without husbands in a society where women’s highest achievement is her wedding ring set me on the path.

It was evident to me in the 90s that my upbringing was remarkably different from other girls on our street. The boys had more freedom and voice. Girls and women were seen and not heard. It wasn’t stated, but it was visible in the ways women always deferred to men.

I started calling myself a feminist after a course in Women and Development in Sociology. Feminists aim to dismantle the shackles of patriarchy, that social system where men dominate women by holding all the power. Nothing more. Nothing less.

I haven’t always worn the label with pride. The F-word was forbidden when I was growing up – women who called themselves feminists were seen as (Chimamanda Adichie described in her 2012 speech) “unhappy, westernised haters of men.” They were mocked for pushing for rights, the African culture and religion hadn’t bestowed on women.

In university, feminist was the ‘insult’ guys used for women they perceived as difficult or opinionated. Feminists were unpopular. It wasn’t something you called yourself if you wanted to be liked or married. I so badly wanted to be loved and married.

The long story is that feminism is finally gaining roots in Ghana. It has been a gradual growth. More and more women are now proudly claiming feminism and identifying as my feminists. I have found sisters who believe in the equality of all sexes and are unafraid to state so. It is delightful and encouraging to finally find company.

We’re questioning the treatment of women in Ghana, forcing our society to confront the inequalities that exist. Thanks to social media, feminists are pushing Ghanaians to have difficult conversations on and offline about rape, harmful cultural practices, reproductive rights, traditional gender roles and more in public spaces. We see the subtle erasure of women’s voices, and we’re refusing to be silenced. Fellow activists are pushing for equality in all areas of life for everyone. We are making gains and enemies.

Nowhere is this resentment against feminism and gender rights visible like social media. Known feminists are trolled daily for challenging sexist norms. Challenge an ignorant position, and you’re bound to be called ugly, bitter, angry and other inaccurate names. Speak about the importance of women having control over their bodies, and you’ll be called a slut.

But consider this; A 2014 Afrobarometer report said though “women are more likely than men to go without any formal education (26% vs 19%) and less likely to have post-secondary schooling (11% vs 16%).”

Women constitute more than 51 percent of the entire Ghanaian population, but our 275-seater Parliament has only 30 women. There are 6 women in Cabinet, 2 women among 27 MMDCEs. Think about the number of laws, and policies made without contributions from the other half of the population.

This notwithstanding, critics insist Ghana doesn’t need feminism. They say women and men are now equal before the law. Women can own property, start and own businesses. We’re free to wear what we want and go where we please. There are more women CEOs, MPs and in other top positions than ever.

Our lives are definitively better than our mothers and grandmothers’. But a deeper look at our society reveals that patriarchy still rules.

Our voices are being erased. Our opinions on national issues are dismissed. There are no women out there giving public lectures. Even in churches where women do most of the work, power is still reserved the men. My colleagues struggled to name prominent women preachers besides Rev. Christie Doe Tetteh and the wives of top Pastors. At many forums, the woman on the program is usually there to pray, sing or give the vote of thanks.

Rather than include us in the governance process, we’re told by prominent preachers that a woman’s ultimate achievement is marriage. We’re told we’re are better suited for — nurturing, cooking, cleaning, and other “woman-things,” and not politics, governance and business.

The idea that women are second-class citizens or inferior dominates the national psyche. It’s behind the many cultural and religious practices and anti-women policies that dehumanise and undermine the rights and dignity of Ghanaian women. Women deal with forced marriages, rape, accusations of witchcraft, appalling widowhood rites and other forms of abuse.

Feminism is a movement for change, I do not expect everyone, especially the powerful group it seeks to topple to welcome it with open arms. But the hostility fuelled by ignorance about the movement is distractive and destructive. It shifts focus from the real issues that require attention and change. As nations that have progressed show, no country can and will develop without the greater participation of women across all levels of society.

5 thoughts on “Feminism for non-feminist Ghanaians”