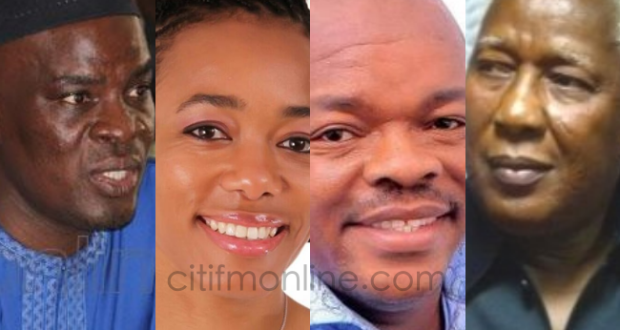 The governing National Democratic Congress (NDC) just completed their nationwide primaries for parliamentary candidates.  The party’s registered voters across the nation voted to elect parliamentary candidates for 265 constituencies and endorsed President John Mahama. Except for some pockets of violence in some areas, the elections went smoothly.  Overall, 1.2 million people voted to elect 265 candidates for the party and 95 percent affirmed President Mahama. Here are some notable things about the primaries.

Expanded electoral college – This is perhaps, the single most democratic step the NDC has taken in forever. The party expanded its electoral college to allow all its 2 million registered voters to participate in the process of electing a parliamentary candidate.  It is significant because it reduces vote-buying and allows inclusion. Candidates are not elected by a select group of people they can  buy with flat screen TVs, motorbikes and other things like they used to.  It is partially  inclusive. The NDC deserves to be commended for this.

Out with the old – About fifteen sitting MPs lost their bid for the party’s ticket to contest the 2016 elections. Some, very leading members of the NDC were humiliated by young and not-so-known aspirants. The Deputy Majority leader, Alfred Agbesi lost to Ernest Norgbey, a former officer of the National Disaster Management Organization. The Minister of Youth and Sports, Mustapha Ahmed also lost to Yussif Jajah, a researcher at the presidency. The MP for Ningo-Prampram E.T Mensah, who has been in Parliament for 19 years was defeated by a communications specialist at the presidency. While some lost for the flimsiest of reasons, intelligence from the grounds suggests that others lost because they had consistently neglected their constituents and had grown arrogant.

Fresh faces: Young people are an asset to every institution – they have the energy to do the grunt work and if they are smart, learn new skills along the way. People like Alhassan Suhuyini, Yussif Jajah, Zanetor Rawlings and Ahmed Ramadan are believed to have strengths and skills that will benefit the NDC greatly. But there are so many who are making Ghanaians wonder whether our democracy will grow with their likes in Parliament. There is a comedian, a communications specialist at at the presidency, whose known work experience is attacking opponents of the president and an MCE who failed woefully to transform the capital city of the gateway to Africa.

A weakened NDC’s parliamentary capacity? – Observers say Ghana’s parliamentary capacity will reduce because of the kinds of people who lost their party’s mandate in the NDC and NPP primaries. Parliament is about the drafting laws, checking the executive and vetting loan and other agreements.  Some of the NDC’s big shots lost their seats to relatively young candidates who will have to start on the back benches. This will certainly affect the party’s capacity in the House.  In fairness,  the current legislature is a rubber stamp, they do not have the balls the 1979 parliament had to reject a budget. Some analysts have described it as the weakest link in the nation’s governance structure. But my point is that house will be further weakened if the inexperienced and I dare say ‘incompetent’ newbies find themselves in opposition in the not too distant future.

Could Flagstaff House’s influence hurt NDC – Though unconfirmed, it is believed many of the candidates were sponsored by the presidency. It is believed that is the Flagstaff House establishment fielded and financed its stooges against candidates it did not like. George Samuel Nartey, Dr. Michael Kpessa-Whyte, Yussif Jajah, Nii Armah Ashitey and Dr. Clement Apaak were Flagstaff House candidates. To their credit, many of their perceived candidates won. President Mahama was quick to point out at the primaries that there were no losers and that NDC was the winner.  Great, but some sitting MPs, who believe their defeat was initiated by the Flagstaff House may not forgive easily. This has implications for their work in Parliament and the campaign for 2016. It is clear not everyone will join the NDC’s campaign train in 2016 – impossible to imagine ET Mensah campaigning for Sam George in Ningo-Prampram.

NDC’s women’s problem –  The face of Ghanaian of politics is male. Ghana’s  275-seater parliament has only 29 women, the two main parties have a problem with women’s representation. The NDC like the NPP reduced filing fees for women, but as with all token acts, it did not yield much.  Only 74 out of the 728 aspirants were women. A measly 10 percent for a country that has more women than men. And to make it worse, some sitting women MPs lost too. The party which almost had a female presidential candidate certainly needs to up the game when it comes to women’s representation in parliament.

President Mahama’s 95 percent endorsement – Prior to the primaries, President Mahama campaigned for 100 percent endorsement, which was obviously an impossibility. As such some might say, the 95 percent is of no consequence. This means, over 60,000 members of the NDC do not like him and do not want to be president. Mindful of the fact, the difference between late president Mills and Nana Akufo-Addo in 2008 run-off was little over 30,000. So these NDC members can make him lose an election. It will be unwise to attribute some of those to error because as we know, President Mahama never had the chance to test his popularity, this could a hint of national dislike.

The violence –  It had everything – Vote-buying, snatching of ballot boxes, allegations of voter register tampering and physical attacks in some places. This was an internal election that should not have resulted in any of this. However, parties are not free from the diseases they inflict on national politics. The winner-takes-all system, skewed developments and tribal politics made supporters so desperate that they attacked members of their party to secure the interests of their candidates.  Similar things happened in the NPP primaries too. This could be a sign of things to come, hopefully the Police were watching and have a plan for 2016.

One thought on “NDCDecides: Matters arising”