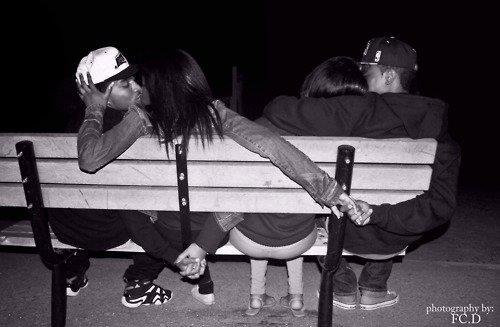 Blame your ‘out-of-control’ husbands for cheating not ‘side-chicks’

The other day I got into a thing on Twitter with the lifestyle blogger, Naa Oyoo Quartey. Nothing serious. Naa tweeted a meme quoting Proverbs 5:20: “Why should you, my son, be infatuated with a loose woman, embrace the bosom of an outsider, and go astray?” and then added, “there are loose women out there determined to destroy your marriage.”

I responded by saying: “It is not true. The text is problematic because it blames single women for the choices married men make.”

A lot of women and men share Ms. Quartey’s views. A ‘loose’ woman also known here as a side-chick refers to any woman who knowingly or unknowingly maintains a sexual relationship with married men or a man in a committed relationship.

It is one of the unpardonable sins any Ghanaian woman can commit against the sisterhood and society. And she will be held to account for trying to wreck a happy home – she will be eternally shamed. Always, it is the women, not the men who get judged and in some instances, physically and emotionally assaulted by the wife.

I heard the wife of a very popular radio person and her friends ambushed one of his women and beat her up. We’ve all read the stories of acid attacks on women by the jealous wives. In Kumasi, I saw well-dressed women go berserk in public because their husband’s mistresses passed by.

My aunties and aunts-in-law went with my grandmother to warn the other woman in their husband’s lives all the time. I’ve been told, sometimes the warnings degenerated into brawls. Once in A-Life supermarket, I saw a grown woman chase another around the shop in an attempt to beat her for having a fling with her husband.

In university, young women did this too. There weren’t a lot of the fights I saw in Kumasi, but the young women found innovative ways to fight the whoever their boyfriends were cheating with.

I have to confess, I’ve done this before. I’ve gone with a friend to warn the girl, her boyfriend was cheating on her with. I have also been rude to women, my cousins or brothers were seeing alongside their girlfriends because I totally adored the girlfriends. In my defense, this was before I stumbled across feminist theory.

I have always wondered why women are shamed and blamed for cheating though. Both men and women in relationships cheat here, but no one calls the men any names. If someone is committed to you and they cheat on you with another woman, who doesn’t know or care about you, why is the woman the one you assault?

The reason most women do not hold their cheating husbands accountable is because of views like Naa’s: “There are loose women out there determined to destroy your marriage,” as if married men get into affairs under duress.

Although I believe the Bible is the word of God, I struggle with it. I am really not comfortable with how it talks about women. The verse, though directed at men, still labels the woman as ‘loose,’ indirectly blaming her for the man’s choices. It also suggests that a woman draws her value as a human being from the man she sleeps with.

However, I know it was put together by power men (patriarchs) within a particular culture (patriarchal) in a specific era, this context is always essential when quoting the Bible to support claims. Think about it. Why else is the woman the ‘loose’ one? She who is not bound to anyone by law?

So here is the truth: if your husband, lover or partner cheats on you, only he is to blame. It is he who is married/committed to you, it is he who probably swore in front of family and friends to love and honor you. Our society expects and accepts that man will cheat and then tell wives that the other woman is responsible for the man’s cheating ways. Of course, as a woman and someone who hates all kinds of sharing, I wish for the sake of the sisterhood, no woman would cheat with a taken man.

But life is far messier than we imagine. People will cheat. When it happens, remember the only person to judge, and shame is the one committed to you. I say this, knowing both married men and women cheat. Leave side-chicks alone. There are no loose women. The only loose person is the person cheating.