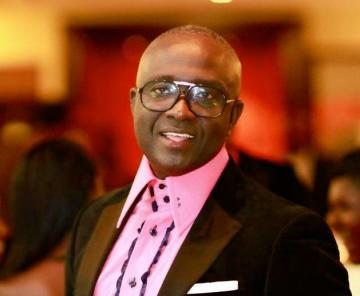 My thoughts are all over the place on this KKD rape issue. The story is that popular broadcaster, Kwasi Kyei Darkwa also known as KKD has been charged with rape. He was arrested in December 2014 for allegedly raping a 19-year-old woman at the African Regent Hotel in Accra.

The details keep changing, thereby making it difficult to make sense of what happened that day. The lawyers claim it was consensual sex. The Police report says KKD forcibly had sex with the young woman. Everyone I meet has a different strand to add.

I’ve been told the two didn’t know themselves until that day. Someone mentioned that the victim was a willing participant because she kissed him back on that leaked video. I’ve heard so much, and I’m not sure I’m any closer to the truth. It is hard to pick a side to support based on the details we know.
The nature of the debate throws up many issues that ought to be considered separately. People have taken entrenched positions. They are either shaming the victim for taking her vagina along to the event or berating KKD for sleeping with a 19-year-old – not for the alleged crime of rape.

Some people have expressed their disgust at the age-gap between the two. Fathers with daughters the age of the victim are appalled. So are the boys closer to her age? “Couldn’t KKD find someone close to his age, how could he sleep with a 19-year-old,” they ask. They appear to be more offended by the fact that KKD slept with a 19-year-old. It’s like they would have been okay with it if the victim had been violated by someone her age or if KKD had done it to someone older.

Personally, I find the obsession with the age gap disturbing. The age is irrelevant. Women seldom date men their age, anyway. The real problem is the sexual exploitation of Ghanaian women. The Ark Foundation reports that eight percent of Ghanaian women have been raped while 21 percent were forced to have sex with their husbands. Six percent reported having been defiled by an authority figure and a whopping 95 percent of women who have been raped did not report the incident.

Rape is pervasive and under-reported in Ghana. Every day women here are exploited in humiliating ways that stop them from ever reporting the crime.

Young women looking for jobs are groped and sexually assaulted by potential bosses. Husbands rape their wives daily. Teachers and pastors abuse girls and women in their care. Male relatives and family friends get away with violating women. In 2014, a 14-year-old girl was gang-raped by her classmates.

Thus the claim by KKD’s lawyers that what transpired in the hotel bathroom was consensual is hard to believe. I can’t trust them because they must defend him. I have brothers, so I worry when I hear someone say this could be a strategy to ruin his reputation. It is possible. People do all sorts of things for bizarre reasons. I hope for KKD’s and all our sakes, the police do a thorough job with the investigations.

For me, it is a brave girl who will dare go to a Ghanaian Police station and allege rape against one of the nation’s best-known Alpha males. I don’t think the decision to report the rape was made lightly. I’m choosing to side with the alleged victim until we are told she lied.

Many people have concluded from that leaked video of the victim kissing the accused that it was indeed consensual sex. People say she was a willing participant because she didn’t scream for help. Lawyers for the accused have even revealed that she stayed for drinks afterward and for many, that shows she wasn’t raped.

I have seen posts on social media calling on parents to raise “morally upright” girls to prevent them from being raped or getting into situations where they could be raped. In other rape cases, people ask questions like: “why did she go into his room, why did she kiss him back, why was she dressed like that?”

People don’t get it.

Rape doesn’t only happen to supposedly bad women. Most of the women who get raped are good women. Rape has nothing to do with the morals of a woman. It has nothing to do with one’s dressing or demeanor. By discrediting the victim with crazy and asinine questions about clothes and failure to scream, we absolve the rapist of any responsibility. Lack of screaming does not amount to consent. Some women just freeze when they are being violated.

Our refusal to lay the blame where it should be is because we’ve never had that conversation about consensual sex.

In Ghana, consent is presumed because the whole journey towards sex must follow the standard template. The ritual requires the girl to be coy. A woman must say no even if she is desperately longing for sex with the person. Women and girls have been taught that giving in to the first ‘ask’ or admitting that you want sex makes you cheap.

A lot of Ghanaian men will run if a woman they like agreed to sex without the ritual. They have names for such women. Boys/men ignore the ‘NOs’ of women because the culture says women are fickle – they say (every woman’s “no” means “yes”).

In most cases, sex is not about providing mutual pleasure (which is consensual sex) but dominating the woman. Many Ghanaian men have never asked for sex.

They have been taught that wielding a penis means having all power over everything (especially women). That is why male colleagues get offended when women chide them for their grabby ways.

And that is how the nation produced generations of predators. The reaction of many people to the KKD case shows that our men may not all be horrible or rapists, but the majority don’t know any better when it comes to sex.

It’s not too late to change our ways. Men ought to know they cannot continue grabbing anyone just because they can. Women must be clear about their sexual needs. We should stop blaming victims, especially those who report popular men.