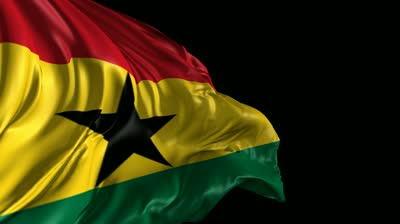 Happy New Year folks! 2014 was such a challenging year for Ghana and all of us. The depreciating cedi, high cost of living and rising inflation, the load-shedding and all the tax and utility hikes squeezed us in ways previously unimaginable. Thankfully, we made it into 2015. We’ve already been told to look ahead with hope and optimism by President Mahama. I’m all for looking ahead with hope too. But we cannot thrive in 2015 if things are not done differently.

1. Truly banish load-shedding (Dumsor) – Whatever it is the folks at the Volta River Authority (VRA) and the government are doing to ensure constant power supply this holiday, they should keep at it. Dumsor inflicted intolerable pain on citizens and businesses. I’m really tired of the endless and unscheduled blackouts. They have a way of sapping all your joy and ruining your day.

2. Lessen presidential promises – President Mahama started 2014 with grand promises. He promised to end dumsor, boost economic growth, fix our roads, provide constant supply of pipe borne water to all Ghanaians, build 50 community senior high schools and more. Then, as the year drew to a close, he promised not to make any more promises after failing to fulfill all of the promises he had made earlier in the year. But he has since broken the promise not to make promises. It doesn’t look like the president is good at keeping promises; he should just do his job in 2015.

3. Awaken the sleeping New Patriotic Party (NPP) – If someone strolled into town they’d think the Occupy Ghana folks organising forums and threatening the Auditor-General are the only opposition group in Ghana. As I wrote earlier this year, the NPP hasn’t been much of an opposition party. With the government’s incompetence, corruption and a weak economy, a well-organized party shouldn’t be struggling to stay relevant and electable. But that’s exactly what the NPP is doing. The only time we heard from them was when they acquired new set of executives and a presidential candidate. The Occupy folks now scare the government more than the largest opposition party in Ghana. The NPP must find its mojo. Ghanaians need them to be an opposition party with alternatives and the tenacity to keep the Mahama government in check. The Occupy folks cannot do it all alone.

4. Reduce drivel from Parliament – In 2014 we heard so many things from our so-called honourable representatives during debates in House. We heard sincere rage over the state of affairs. There was also profound baloney. During a recent debate on the Spousal Property Bill, an MP asked for the inclusion of a provision that would ensure the stoning of Ghanaian women who cheat in marriage. Another one said fufu was the cause of cancer. There were also questionable decisions. One was that decision to import Chinese furniture to refurbish the house right in the middle of an economic crisis caused by what the government calls ‘insatiable appetite for foreign goods.’ MPs must show that they care more about Ghana than their parties and pockets in 2015. The people will not always be indifferent to their terribly written laws and unwise decisions. Hint: Burkina Faso

5. Eliminate sexist and misogynistic sermons and comments – Women were not created to make jollof – stop singing about it. Marriage is not a privilege. Preachers, MPs and other women should stop making it the ultimate achievement for women. We should stop reducing women in public spaces to their clothes, hair and husbands.

6. The end of cholera outbreaks – Over a hundred people died in the last outbreak. Everyone knows many of our diseases are caused by filth, pollution and incompetence. Our towns and cities are dirty; the filth is killing many before their time. This is one problem that doesn’t require a committee to offer advice on how it must be solved. It just requires local assemblies to be innovative with waste management, provide more potable water and fix the sewage system.

7. The end of the endless Committees – I have had it with those. I humbly ask President Mahama, the Chief Justice, everyone who has the power to establish a committee when problems arise to not establish a committee. They don’t work. We didn’t need a Made-in-Ghana committee; we needed government to stop spending on imports. Leadership by example. Works all the time.

8. NPP and NDC members who cannot take dissent or criticism – These are the worst. You disagree with them and they accuse you of belonging to the other side. You are not helping, people. Loyal service means telling hard truths. Lay off those who tell your bosses what you can’t and won’t.

9. The Black Stars high maintenance budget – It’s not sustainable and it’s not worth it. We could spend all that money on developing sports at the grassroots though.

10. Eradicate Ebola – Do I even have to explain where this deadly disease ought to stay in 2014?

11. The appointment of a new Accra Metropolitan Assembly (AMA) boss – The filthy, chaotic, lawless state of Accra explains this.

12. Remove policemen idling at junctions – Under the IGP’s police visibility project, we saw many policemen chatting at various points in the city. Great idea, poorly executed. Police visibility should aim at reducing crime against people and property. Crime doesn’t happen at the junctions.

13. Implement a heavy vehicular traffic management plan– Heavy vehicular traffic is a national problem now. People now spend hours traveling to and from work for a journey that should take thirty minutes. It is worse in Accra, Kumasi and Takoradi. The economy will not bloom if workers spend productive hours in traffic. It doesn’t need money, government just needs to rethink and reconstruct our towns and cities to make them livable.

15. Restore the dry and parched lawn in front of the Flagstaff House – If they can maintain fresh, lush green lawns at the French embassy and the Mormon temple why can’t the government of Ghana do it at the Flagstaff House? We can’t even grow common grass?

16. End the tyranny of Boko Haram – Nigeria once had a militant group known as MEND. They were not as callous Boko Haram but violent all the same. They were disarmed. It is possible and ECOWAS/AU should force whoever wins the next Nigerian elections to crush Boko Haram before they terrorise all of us. For us in Ghana, we need to take note.

17. BringBackOurGirls – We shouldn’t forget the Chibok girls or their families.

18. Limit the leaking and sharing of sex tapes – Yes, I’m talking to you creepy folks. Stop

19. Enforce all laws – The selective enforcement and application of the law should stop. The government must set a good example by simply obeying traffic rules. All accounting rules should be obeyed too. No one is going to obey the law when they know government officials break the law with impunity.  And people, kindly stop littering, urinating and spitting in public spaces. We are so close many near-failed states,  let’s observe and learn.

With great leadership from both those at the top of government and citizens, 2015 can be the year Ghana changed a bit. Welcome to 2015!