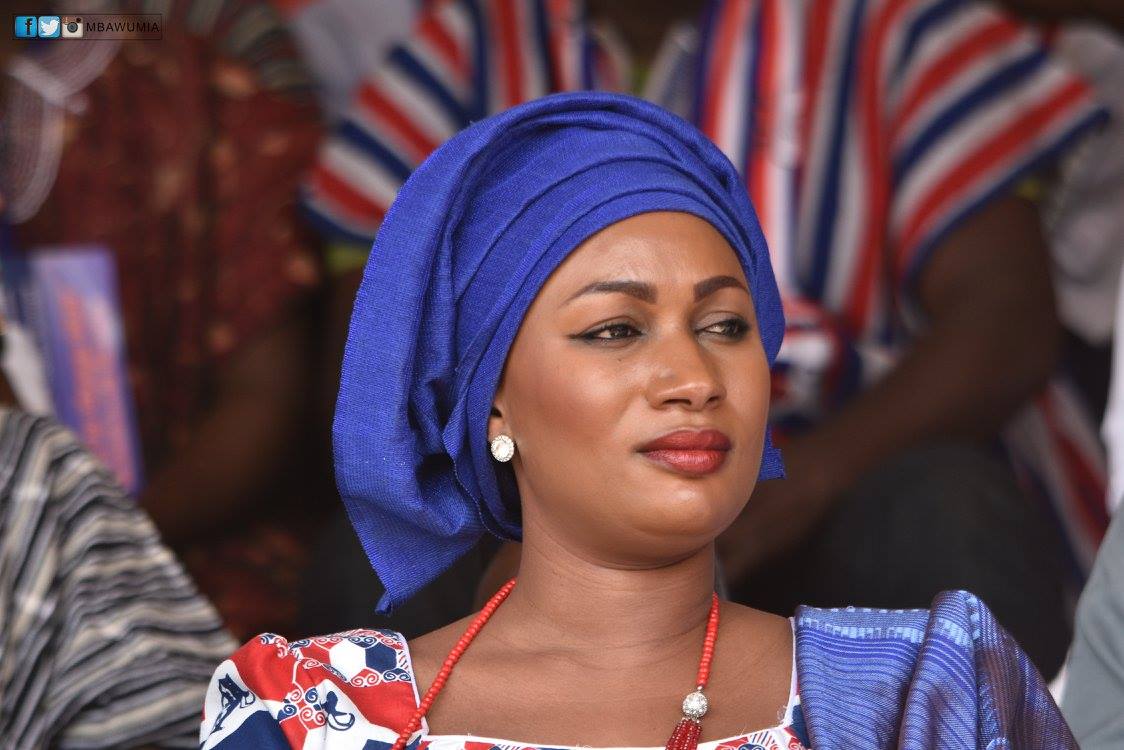 It’s so easy to get lost in the unhappy haze created by the long and painful journey to election 2016. There is all the unnecessary drama created by the Electoral Commission’s disqualification of some candidates from the presidential race and its refusal to yield to reason and common sense. Then there is the back and forth between the opposition New Patriotic Party and the governing National Democratic Congress(NDC) over the state of the economy. It’s all bloody exhausting and impossible not to tune out when one can. I had emotionally checked out until I heard Samira Bawumia speak at the NPP’s manifesto launch earlier in October.

The woman was electrifying. She was a delight to watch. It was evident from the rapturous cheers that the crowd loved her. All along I believed that her husband was the best thing to have happened to the NPP in a long while. Dr Mahamadu Bawumia has transformed from the timid man we met in 2008 into a confident, charismatic and witty politician. His jabs always gets President John Mahama and his people in tears. It has been amazing watching him evolve to influence the NPP and make economics so simple that his lectures on the state of the economy are now a must-attend, must-read and must-hear.

We, however, did not hear much from his wife, Samira in the last election. Of course, this is understandable. She is not the wife of the leading candidate, and the campaign was not even using Mrs Rebecca Akufo-Addo much as they should have. To be honest, even the most vocal NPP women were not involved in the campaign. All the talking heads in the NPP, as it was in all the major political parties were and, still are men.

All the political parties have a women problem. Ghana has a women problem. Though women account 51 percent of the population, we are underrepresented in the decision-making processes. Ghana’s 275-seater parliament has 29 women. There are only 6 women among the 230 Metropolitan, Municipal and District Chief Executives and just 4 in the cabinet. Religion, culture, finance and gender stereotyping are among the reasons women stay out of the political sphere.

Thus to make it seem like political parties care for women’s views and presence, they have created the Women’s Organisers position, but the men wield the real power. Women do not address press conferences or events. They often say the prayers and introduce important men at events, or give the vote of thanks. At the opening of offices for Members of Parliament, the MP for Savelugu, Hajia Mary Boforo said the closing prayer after all the men including the President and the Speaker of the House had spoken. Women politicians do not speak on public policy or in critical national conversations. Wives of presidents and presidential candidates usually smile and avoid politics.

In this year’s campaign, both the NDC and NPP have had their women out in full force. The NDC campaign communications are led by a woman, Joyce Bawa Mogtari. The first lady and the wife of the Vice-president were present and spoke at the NDC’s manifesto launch in Suyani. At the start of the NPP’s manifesto, about four women made presentations on various sectors of the economy. I’m not sure if there has been a shift in the parties’ attitude to women, or it’s a case of tokenism, but Samira Bawumia has been such a joy and a revelation. The video of her speaking at the launch of the party’s Greater Accra campaign is the first time I have seen any woman energise and excite a crowd at a political rally.

She was not just skilled at moving the crowd, she made sense too. Her critique of President Mahama and his government was on point. So were her descriptions of her husband’s boss. Everything about her performance on that stage shows that the Bawumias are definitely assets to the NPP. Both Bawumia and his wife are giving the NPP campaign the boost it desperately needs. Indeed, choosing Dr Bawumia may be one of the best things Nana Akufo-Addo has done for the NPP.

At the last rally, both Samira and Nana Addo’s wife, Rebecca spoke. They were both charming, sure, and articulate. Mrs Akufo-Addo is apparently different from Samira – she is quieter and does not have Samira’s energy, but the two make a fantastic team. I hope this is not just tokenism – and the NPP is not deploying the two women especially Samira just for votes. I wish Mrs Akufo-Addo and Samira will not only be seen but heard if their husbands make it to the presidency. Whatever happens, I look forward to hearing more from Samira on the campaign trail, she is compelling and authentic.

She is just what NPP needs to keep the campaign exciting – a woman who is well-liked gives the best punch lines and unafraid to speak up.