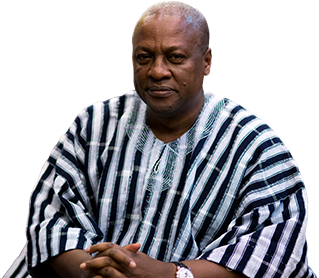 Happy Birthday, Sir. As I read through the numerous messages wishing you well on your birthday, I couldn’t believe you were just turning 56. You were so young when you were campaigning for the presidency.

Now, you seem to have aged faster in the last two years than the preceding 20 years. The grey hair (and all the other weird decisions) made me forget, as your campaign team kept insisting how “youthful” you were. I had almost settled into the belief that you were as old if not older than some of your predecessors. It’s a relief to be reminded that you are not as old as your looks and decisions suggest.

I noticed you were working on your birthday. I hope you got more than Facebook wishes from your ministers and Ghanaians. Was there some sort of celebration? Or you planned to celebrate in Qatar instead?

Whatever it is, I hope you had time to celebrate fifty-six. I wish you all the best.

As everyone does on their birthday, I hope you also had time to reflect on your life and legacy. That’s the hardest part of growing up no one warned me about. You are running a country, if you haven’t done so already, I suggest you take a moment to go for a walk in the desert and reflect, especially on the kind of president you’ve been.

I am asking you to do this because I wish you well. I speak for most Ghanaians when I say we all want you to succeed. We need you to be more than the guy who won the presidency by shouting ‘edey be keke.’

Sir, your performance as president, so far has been disappointing (to say the least) and at the current rate of one scandal per week, you might end your first term without achieving anything.

In 2008 when you and your former boss, late President John Mills were elected, many believed you would influence the government with your youthful ideas and help move Ghana along. As you know, you both failed. We knew it wasn’t your fault. Vice presidents don’t wield as much power as the campaign teams claim.

In 2012, it was said that one of the things you had against the opposition was your youth. They said being youthful meant you knew ‘what’s up’ and you’d do things differently. Unfortunately, the only youthful thing you seem to have done well has been to surround yourself with more young people, use an iPad and address Ghanaians with a teleprompter.

Sir, in the last two years you and your team have been limping from one problem to another. Take how you handled the GYEEDA/SADA mess. People were paid millions of cedis for no work done, but only two people are being prosecuted for misappropriation of funds under the two schemes. You can’t be serious about the fight against corruption if you only target the small people.

Instead of radical and modern programs and policies, you’ve been doing things the same way the “old men” before you did. It is old thinking to establish a new bureaucracy, the Ministry of Power to address the energy crisis when you have a generation deficit.

I thought airlifting three million cedis to Brazil would be the government’s last foolish act. You’ve turned the Nayele Ametefeh cocaine saga into another exhibition of your government’s lack of coordination and planning.

The first thing government did when the story broke about this Ghanaian woman who had been busted in the United Kingdom with 12.5kg was to send Bureau of National Investigations (BNI) after media men.

The BNI detained the Chief Executive Officer of the media house that broke the story. Mr. Samuel Atta-Mensah was detained and questioned without his lawyers. As if that wasn’t bad enough, you chose to justify the actions of the BNI at an event celebrating free speech. All of this was done before anyone thought to question the security personnel who were on duty at Kotoka.

You have the right to comment on raging national issues – heck I need you to explain your actions every now and then. But sometimes, you must do as the elders say – remain silent. Silence is golden. The decision to comment and send officials to visit and speak for the woman at the center of the cocaine saga was a bad one. It confirmed what we suspected: the government has something to hide.

It has been heartbreaking watching you fumble because I had such faith in you.

You are young, educated and supposedly street smart. You have seen how others run their nations. I’m not referring to your friends in the African Union. They are a terrible influence. If I had my way, there would be minimal contact with those. I’m referring to leaders of the developed and middle-income countries you’ve been to, places like Denmark, Norway, and the United Kingdom. Learn from these.

Mr. President, I know I have written about how you might end up being Ghana’s worst president ever.

However, I’m a firm believer in second chances. You have two more years to redeem yourself. You can pick one of our problems and solve it once and for all. Just one! You can start by massively investing in the energy sector. That will have a multiplier effect on the economy and development of the nation.

All the best in the years ahead, Mr. President. I hope you give us a reason to throw a big party for your next birthday.
Best,