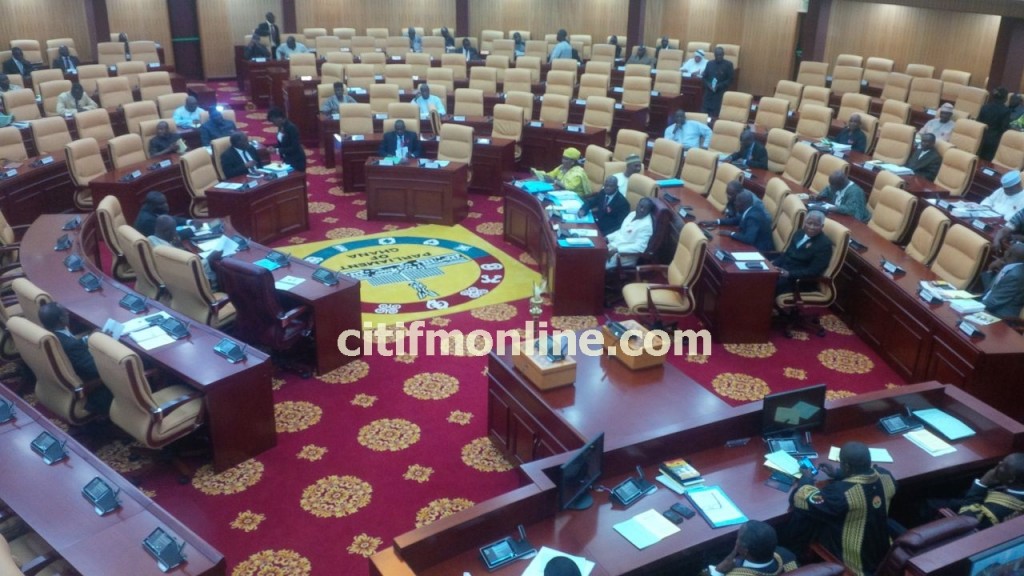 Last week, Ghanaian MPs returned to a pimped up chamber. To accommodate all 275 members of the house, the chamber has been expanded and digitalized. The best part is that members will now vote on national issues electronically – we can hold them accountable for their votes.  The worst part, all the furniture in the chamber was imported from China.  The entire refurbishment contract was given to a Chinese company through sole sourcing.

Someone decided that the old chairs were unworthy of the new chamber so a team was dispatched to China. And they brought back the stuffy little things, causing an uproar. The team also went to Italy to select furniture for their offices in the soon to be completed ‘Job 600’ office complex.

Not all MPs are thrilled by the new purchases. Some MPs have asked for their old chairs to be returned. The MP for Lower West Akim, Gifty Klenam said the old chairs  were far better than stuffy things from China.  In the face of increasing economic challenges that have forced the government to apply for a financial bailout from the International Monetary Fund, everyone is wondering why the leadership chose to spend the taxpayers money on imported goods.

Unsurprisingly, there has been an outpouring of excuses from the leadership justifying the trips and the purchases. The Deputy Majority Leader in Parliament, Alfred Kwame Agbesi said the chairs were imported to save time.

“It is not the issue that because they say we should use made in Ghana goods, then if you want to buy 300 furniture at the end of this week, you must go from shop to shop,”  Agbesi told Citi FM. Other defenders have said  local companies do not have the capacity to produce the quality Parliament required.

Their excuses are just ridiculous. They are talking as if going from shop to shop is beneath them. That’s how we all get by. It is the result of the failures of their governments. The forty-five new MPs didn’t fall from the sky in 2014.  They were elected in 2012 and prior to their election, the Electoral Commissioner had been to the house to announce he was creating new constituencies.

The leadership of the house had two years to get local manufacturers to produce the quality they needed.  A drive past the Cantonments furniture market shows that Ghanaians can make some pretty neat stuff.  And honestly, since we know the old furniture in the house were produced in Ghana,  MPs should just stop using that lack of quality excuse.

I’m not just annoyed. I am a bit horrified by the lack of imagination and planning displayed by the honorable house.  It is one thing to approve ex-gratia and  ten loans in two days, but to import things that can be made in your country is downright silly. The 22 million cedis spent on the furniture could have  saved or created a few jobs.

Parliament buildings all over the world reflect the history and the culture of a people. I don’t know if MPs notice people queuing to see the insides of parliaments when they travel but this happens. Stories are told about the tables and desks during the tours.  I’ve seen Ghana’s Chinese-made Parliament and there is nothing Ghanaian about it.

If the carpet was an attempt at making the chamber look Ghanaian, it failed. The place might look shiny, but it is just another soulless Chinese intrusion into our history, our culture and our politics. It is shameful that the representatives of the people are the ones defending this decision. Even if the person who released funds didn’t attach conditions, MPs should have thought about the unemployed youth in their constituencies and spent the 220 million cedis in Ghana.

As elected representatives of the people, MPs have the task of ensuring accountability of government and better service delivery for citizens.  From approving ex-gratia through their refusal to comment on national issues like the brouhaha over tier two pensions to this import of furniture, MPs have been crushingly disappointing.  Every decision confirms they exist to serve the interest of their parties and themselves.

Perhaps, MPs didn’t receive the memo from Burkina Faso and other places where lawmakers have been forced into dustbins.  Our tolerance has a limit.  We’ve had enough of their self-serving ways. As Dominic Nitiwul and Prof. Gyan Baffour told the house on Saturday, if MPs continue serving their parties and their pockets, Ghanaians will come after them.

Therefore, it will be wise for the leadership of Parliament to apologize for importing the furniture because excuses like Agbesi’s will only aggravate us. They should apologize. Since they unsurprisingly, have been united in defending this thoughtless decision, they should jointly issue a statement or hold a press conference and apologize for disrespecting us in that manner.  We will take the apology in whatever form it comes but they must bow their sorry heads in shame.