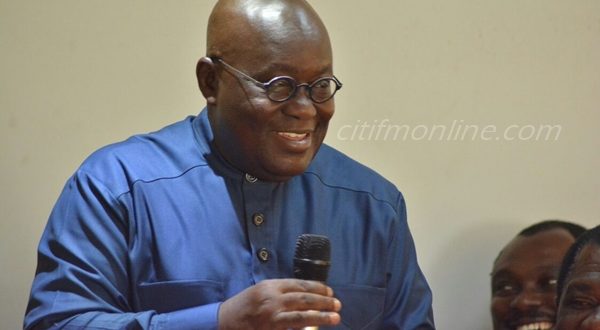 For the first time since his swearing in, President Nana Addo Dankwa Akufo Addo will meet and answer questions from journalists. It has taken the president six months to restart this age-old practice where presidents sit and answer wide-ranging questions about their performance members of the media. Nana Akuffo-Addo came to the presidency on a huge mandate, one that indicates how desperate many Ghanaians were for the change he promised. As a citizen, I understand change takes time, but I look around Accra and wonder how long I must wait to walk without holding my breath. As a journalist, I’m not sure I have a sense of the government’s plan to change how we live, work and play.

I haven’t been invited to this presser, so here are my questions, questions that demand instant answers so we may learn and know what the Akufo-Addo government has in store for us. I don’t mind how the questions will be asked, I just want answers on the issues raised. Here is hoping the selected journalists will go in there and get answers for these and not spend precious minutes thanking or praising the president for the opportunity to grill him.

1. Can you explain why Accra is still filthy, chaotic and lawless, six months after you promised to make it the cleanest city in Africa? Or you mean work would start at the end of your term in office?

2. What exactly has the Minister for Sanitation and Water Resources been doing since his appointment?

3. Now that you’ve had time to work with the 110 ministers you chose, do you still insist that you made the best decision or you plan to review downwards based on current performance?

4. The Minister for Chieftaincy and Religious is facilitating a pilgrimage to Israel despite calls from the Christian Council and other quarters against it. Did Cabinet approve this trip and are those of us who think this is a waste of time and resources missing something important here?

5. The banner for this presser has the #6MonthsOfResults, can you list some of the results your people were referring to in there?

6. What do you think of the Ghana@60 celebrations so far, given that you allocated a budget of 20 million for the yearlong celebration?

7. It is safe to say that your first major scandal is the BOST saga, I hope it is also safe to assume you’re up to date on the peculiarities of the mess, so do you still think the Minister of Energy’s handling of all of it was the best for the future of the Bulk Oil Storage Transportation Company?

8. Did you sign off the BNI report that claimed the MD of BOST was innocent, even though there is evidence that shows that he awarded the contract to unregistered companies?

9. We have been told by the MP for Assin North, Kennedy Agyapong that the BOST MD funded your campaign, which is why he wasn’t made to resign or thoroughly investigated. If this isn’t true, why hasn’t anyone at the top of your government and party vigorously debunked it?

10. You promised during the campaign to review contracts and retrieve stolen monies, you and your team have had six months, can you name some of the previous scandals being investigated for court?

11. Would you perchance know what has happened to the investigations into the Ameri power agreement which your team revealed was overpriced?

12. You also pledged to plug the loopholes in the public sector, to save money and reduce corruption. One of the most corrupt institutions is the passport office here in Accra. One, is there a reason that wasn’t one of the first things your foreign affairs minister tackled? Two, doesn’t it hurt you to know that citizens of this country queue at 5:00am to get a passport?

13. You recently appointed a new Chief Justice, what terms of reference did you give her about the judiciary? Is the radical transformation of the judiciary on the cards or it’s just business as usual?

14. Speaking of courts, long before the members of the Delta Force stormed the Kumasi High Court and the Regional Coordinating Council, there had been suggestions for a complete ban on such groups, what’s your view on this?

15. You never really explained why you were crisscrossing Africa, meeting all kinds of leaders, what are seeking to achieve with that?

16. First, is the job as you envisaged or you’re overwhelmed by the challenges?

17. What is the one thing you didn’t anticipate about this job that has you surprised, overwhelmed or shocked you at times?

18. Why has it taken you six months to meet the press?