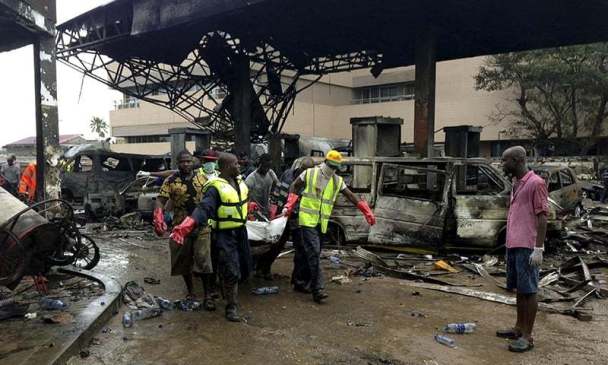 A lot was said in the immediate aftermath of the June 3 flooding and fire disaster that killed over 150 people. After the blame game settled. It was agreed that, though Accra was a flood-prone area, the deaths and loss of property were avoidable. Residents and officials, both decided the city needs an overhaul.

City authorities declared their readiness to tackle the mess that caused the flood once and for all.

Though no coherent plan was presented, the government released 50 million cedis for humanitarian relief and rebuilding of the city. President John Mahama promised to end the perennial flooding by “taking drastic measures.”

“We have to take some measures to avoid this in the future. Often when these measures are drastic, you have a lot of sympathy and pressure not to take these measures. But I think the time has come for us to move houses out of the waterways. The public should understand that it is necessary to take such measures to save everybody else,” said the President on the morning after.

Right away, City authorities got to work. Equipment was moved to dredge the Odaw river. The Accra Metropolitan Assembly (AMA) demolished hundreds of homes at Old Fadama to clear the area for the dredging of the Korle Lagoon. About five buildings on waterways were destroyed elsewhere in the city. Citizens rallied to clean devastated areas and support victims of the flood.

That was a month ago

Right now, the AMA is back to what it does well, implementing half measures. A bit of dredging is still underway in the places where the cameras go. There’s some amount of cleaning, they are again sweeping the streets, albeit leaving the rubbish on the sides. It is scrambling to deal with the homelessness created by the demolition of homes at Old Fadama.

Meanwhile the first victims of the floods, those who lost everything have had to find ways to get by, in addition to dealing with the loss. Work has not started on the shelters authorities promised. Relief items from the National Disaster Management Organization ended up in the wrong hands.

For residents, the anger is wearing off. The littering and dumping of rubbish in open spaces have begun in earnest. The calls for a clean, functional and safe city have dulled. Rather, the Mayor has been praised for what some call his efforts to fix the problem, efforts are also known as the ill-timed, ill-thought-out and pointless demolitions at Old Fadama.

Perhaps the meaning of the word drastic has changed because dredging choked water bodies and random demolition of homes do not define it. There is a way to redevelop Accra to reflect the true meaning of the change promised.

Managers of the city can start with an intensive education campaign, completely overhaul the building permit system to halt the planless development, work their way through well-planned demolitions to a sewer and an efficient waste management system for the city. It is not cool or safe that our liquid waste and plastics end up in the sea.

What I am trying to say is that the problem is too big for the Mayor’s indiscriminate attempts.  Accra will only change if residents and authorities insist on a comprehensive approach to urban planning and the social programs.No solution should cause more problems. It will be hard, it will take time, and above all, it will be expensive. But it is possible and worth the hard work.