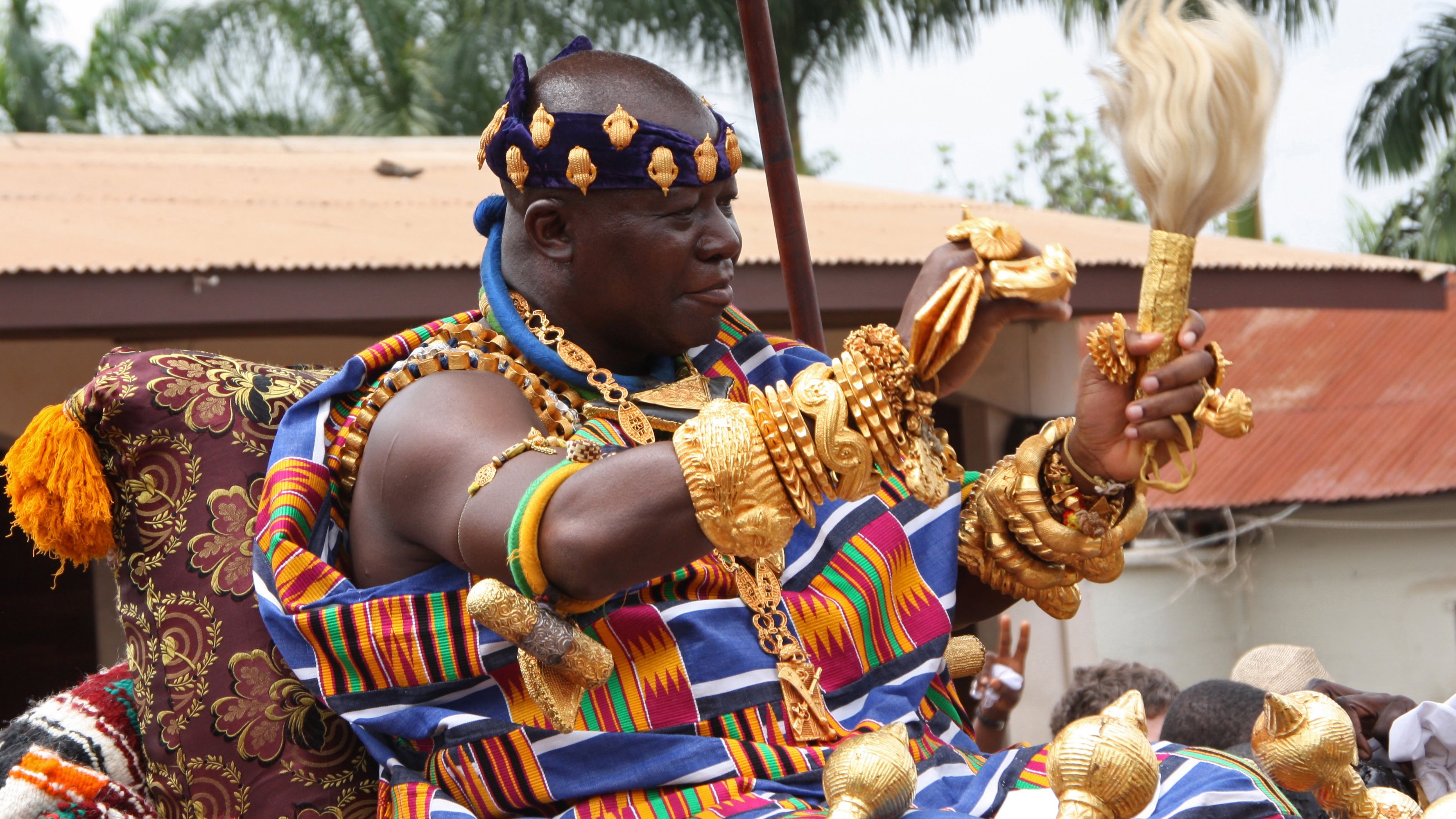 What I’m about to say is neither simple nor easy. I wish the Kumasi Traditional Council had forced Kojo Bonsu, the Chief Executive of the Kumasi Metropolitan Assembly out of office over the appalling state of the city, the crime rate, unemployment, unplanned settlements… anything other than his alleged insubordination. Last week, Kumasi’s MCE, Kojo Bonsu, resigned his position. He had been under pressure from the Kumasi Traditional Council to quit. The Council had called on the President to immediately remove him for removing the Chief of Amoaman from the Kejetia Market project board without informing the overlord of the area, Otumfuo Osei Tutu.

It is believed his subsequent apology together with that of his colleagues and superiors fell on deaf ears. So on Tuesday, he resigned. On paper, he resigned, but in reality, though, he was pushed out. The chiefs succeeded where other traditional councils and residents have failed. In Accra, 150 People died on the watch of the MCE, Oko Vanderpuye, but he is still at post and is even now campaigning to get into Parliament.

The treatment, Mr Bonsu received from the Council seems a bit harsh since his offence, this act of removing one chief from a board was neither grave nor disrespectful. All this could have been forgiven if the removal of the chief, Nana Agyenim Boateng was his only offence. Some have described the actions of the Chiefs as unconstitutional. Lawyers and local government experts will debate this for a long time to come. It isn’t the point of this piece.

To me, the circumstances that led to Bonsu’s resignation have exposed the flaw in the way MMDCEs are appointed. The fuss could have been avoided if Mr Bonsu was elected directly by residents and accountable to the people. No group of chiefs could have kicked him out based on that flimsy reason. I have no tears for Mr Bonsu or government. I don’t think he was right for Kumasi. The city’s outlook didn’t change under him. It got filthier, noisier and chaotic. He and his government’s rash decision to demolish about five markets cost hundreds of jobs and caused all open spaces to be taken over by traders. His significant addition to the city’s infrastructure, the Rattray Park is the gaudy piece of useless space. I’d say good riddance if his resignation yielded the election of a mayor for Kumasi and other cities.

No matter how one feels about Mr Bonsu’s wasted time in Kumasi, one can’t help but wonder if the actions of the chief were helpful and useful. Kumasi is one of my favourite places on earth. It was the place I had the most fun as a child. My heart flutters when I remember the long walks with my dad within the city. The Kumasi I remember from the 90s was a city with some semblance of order. It was clean, and the sidewalks were free. I remember the trees and shrubs. At the time, the name Garden City was appropriate because of Kumasi’s magnificent and lush greenery. The city was brisk and busy. Walking through the city without holding one’s nose was natural. Kumasi no longer looks like this.

Like all major cities in Ghana, Kumasi has been neglected by central government. Existing roads have been left to rot while new communities have no paved roads at all. Entire communities have sprung up without significant drains or gutters. The city has no proper public transportation or waste management system. A lack of affordable housing has led to dormitory towns that do not have essential amenities or public services. Unenforced building and sanitation laws have transformed old, well-planned areas into sprawling slums and new areas into shanty towns. Kumasi has become an eyesore.

Which is is why a big part of me is disappointed by the way the Chiefs got Bonsu out over something so trivial. Kumasi is Ghana’s second city and the home of the overlord of Asanteman. Because of its place in the history of Ghana and the world, every important person who visits Ghana goes to the Manhyia Palace. It shouldn’t be as dirty, unplanned and badly managed as it is.

In a way, the state of the city is an indictment on the Chiefs as well. The state of all towns and cities in Ghana is as much an indictment on Central Government as it is on the Chiefs who are custodians of all that the people own. The general excuse is that Chiefs no longer collect taxes. True. Central government takes all the money it can get from the people, and it should result in improved lives. But Chiefs have influence, connections, royalties and revenue from the sale of land. As trustees of all that the people own, their communities must benefit from royalties and revenue from sales of lands. There should be schools, roads, libraries and hospitals built by Chiefs where central government fails to deliver.

As representatives of the people, Chiefs must use everything at their disposal – influence, power, royalties and revenue from land to enhance their lives. Where there is no resource, they should be enforcers of the law as well as lobbyists for development. The difference between chiefs in Kumasi and others is that Kumasi Chiefs are a powerful and an influential group in the city and the region. Otumfuo Osei Tutu is the most powerful man in the city and the rest of the Ashanti Region. He is so powerful that he can ban funerals for months and every resident will comply. No Chief in Ghana has the power, and the privilege Otumfuo and his chiefs wield. Whatever Otumfuo wants, Otumfuo gets.  When he decided to renegotiate expired leases, he did. There was no challenge. Everyone paid up. Otumfuo and his Chiefs are powerful and rich. (Okay there some poor Chiefs).

It is a great shame that such power, influence and money doesn’t reflect on Kumasi or anywhere else in the Ashanti region. The road from the airport to Manhyia shouldn’t be that deplorable. The lawlessness and poor planning shouldn’t exist in an area where a chief dictates how people mourn and grieve their dead.  If the Kumasi Traditional Council can be so outraged by the removal of one man from the board of a project so badly designed and doesn’t reflect the culture of the people, I expect them to be embarrassed and outraged that their beloved city looks like a slum. With such power that got this obstinate NDC government to force one of its own to resign, Kumasi shouldn’t be dirty, and its residents shouldn’t have to struggle for housing, transportation and clean air. Kumasi should look good with all the money from the sale of land and royalties. These alone can’t transform Kumasi into a modern city, but they can go a long way in changing the city.

Otumfuo Osei Tutu, who I have great respect for and is convinced, approved the agitation to get Kojo Bonsu out has been on the throne for 15 years. There is nothing in Kumasi that shows his touch on the affairs of the city save for a statue. Chiefs, his subordinates, are still selling lands and pocketing all the money. Houses are being constructed without drains or waste management plans. The city and surrounding towns are poor, underdeveloped, ugly and impossible to traverse.

French kings built Paris. It was a different time then, but they did it. The thriving countries like Dubai in the Middle East (where the Ghanaian elite vacation) were built by kings and royal families. Also done under a different system. Ghana runs a different system where the central government is responsible for transportation, housing, sanitation, healthcare and security. Presently headed by an incompetent team, the state has not been able to transform any city.  Kumasi is fortunate. It has Otumfuo Osei Tutu and his men who always get what they want. They have power, influence and money – all the things the city needs to become livable. Some of the city’s problems don’t even require money. All Otumfuo has to do end gutterless communities is to order his sub-chiefs to clearly demarcate their lands with gutters and pavements.

Otumfuo and his men must use their privilege to improve the lives of the underprivileged masses. The agitation and the removal of Kojo Bonsu served no one but the men involved. They must do better for the respect, love and the loyalty of their people.

Whose vagina is it anyway?