Home > Society > In defense of Nana Aba Anamoah: Nobody announces a prank 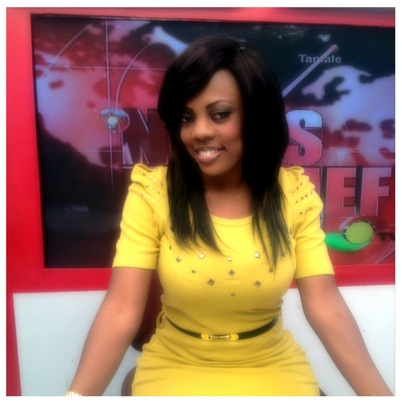 For the record, TV3’s Nana Aba Anamoah is not my friend. We’ve met, but we’ve never shared a meal or gossip before. Still, I have seen her evolution from a newscaster to a top presenter, and I like her. I love the spunk, wit and the verve she brings to her shows. Our shows are on at the same time, so I don’t get to watch her as much as I’d like. When I’m able to catch it, I always get a good laugh and learn a thing or two about her guests.
Her interview with the NDC General Secretary, Johnson Asiedu Nketia after his ‘women’s winter coat’ debacle blew me away. It was the most relaxed I had seen General Mosquito during an interview. She made him so comfortable, he dished and said things he usually wouldn’t. She always seems to have that question – the kind, every journalist would love to ask but is afraid to.

She says it was all a prank. And I believe her. I think that it was a prank that wasn’t allowed to mature. The word plagiarism has been used to describe her actions.
This is apparently a misunderstanding. I was confused too. Nana Aba cannot be accused of plagiarism because she was given the pictures by one of the parties who were at the stadium. She did not photoshop and insert herself into the pictures. She didn’t make money from the picture. She only tweeted the images with comments.
The question is, does she deserve to be sanctioned by her employers? Yes. Since some of the ire was thrown at TV3, they have every right to sanction her. Were TV3’s sanctions appropriate? Nope.

The sanctions were harsh, unfair and ill-timed. Nana Aba had explained and apologised profusely too. The woman had been trolled for days by folks who missed her point – that was enough punishment. If TV3 felt embarrassed as their statement claimed, it could have sanctioned her and issued a statement without telling the world. She is one of their top presenters, whose loyalty has attracted enemies for her, (That nkontomire comment was not made in a vacuum) they didn’t have to betray or humiliate her like that.

The station’s statement said: “After preliminary investigations internally, and by TV3’s own commitment to the highest level of professionalism, Management has decided to take Nana Aba Anamoah off air until further notice.” After the backlash, she does need time off -air – to breathe – and to allow her tormentors to move on. And they were until the TV3 announcement, which boggles the mind. Why make a public statement when you have not established anything against her. The rash announcement was just excessive – almost sounds like someone in management wanted to shred every ounce of credibility she had left. Credibility is everything in her work as a journalist, and you do not touch it until you know something terrible has been done.

What happened on social media was not terrible. It’s not like she made up quotes or concocted a story like that other TV3 male journalist who deceived the whole country with a statement purported to be from the Flagstaff House about the intention to convert portions of the seat of government into a zoo. I wonder if she was quickly dropped because she is a woman because there were no public statement or sanctions for some of the abominable transgressions of male journalists and presenters committed? That won’t be much of a shock after all Victoria Hammer was fired for gossiping while Baba Jamal kept his job. Baba Jamal was heard on a leaked tape telling officials to lie.

To turn around and say: “We expect guardians of our brand, particularly employees who we entrust to deliver content on air to our viewers, to ascribe to the company’s values, whatever they are,” is just laughable. If you ignore the trolls who didn’t know the full story, Nana Aba Anamoah has not done anything she doesn’t already do on Twitter.
If anyone erred, it is the TV3 management. Everyone knows this about pranks – you do not know you’re being pranked until you’re told. The TV3 management should know this, Ghanaians fell for the network’s April Fool’s Day prank – which interestingly was about Nana Aba Anamoah leaving the network.

Nana Aba Anamoah was clearly misunderstood by the public. Her employers should have stood by her and helped her clear it all up. It is not too late to remedy the situation. She has been wronged, and the management together with the board should fix this. Promptly!
They can begin with an apology – that statement was terrible and a betrayal.

100 things that make me happy